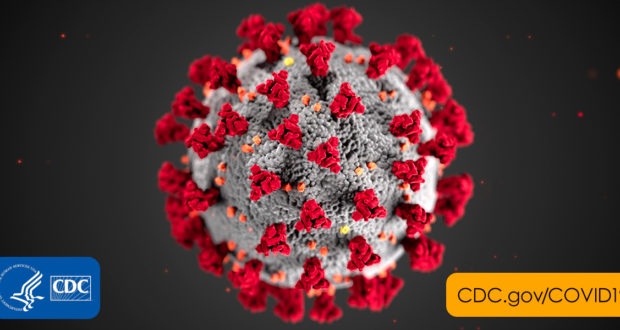 Fact Check: Patanjali’s Covid medicine Coronil was not approved by WHO, here’s the truth

Social media, especially the Twitter is abuzz on Sunday with congratulations pouring in for Patanjali business group known for Ayurvedic medicine among others. The tweet stated that the World Health Organisation (WHO) has certified Patanjali’s ‘Coronil’ as medicine for the coronavirus.

The claims in question can be seen below. It states: “Patanjali has made history in the field of Ayurveda as Coronil has been recognized by WHO as First Evidence Based Medicine for Corona.”The claim is viral on Twitter, and was shared in the tweets below.

Patanjali has made history in the field of Ayurveda as Coronil has been recognized by WHO as First Evidence Based Medicine for Corona.#Patanjalis_EvidenceBased_Medicine4Corona #PatanjaliCoronil https://t.co/qvND01GriW

It has also been shared here and here, among others. Even TV channels News Nation and News18 have praised Ramdev, claiming that Patanjali’s Coronil has been certified/ approved by the WHO as medicine for COVID-19.

First of all, WHO has never endorsed any medicine for Covid-19, nor authorized to do so. It has endorsed only the preventive measures to deal with the Covid-19 infection and has debunked several remedies which have been making rounds since one year.

The tweets posted have referred to WHO’s GMP or “Good Manufacturing Practices” which are guidelines of certification given by the Government of India and not by WHO, as claimed. ‘Coronil’, sold by Patanjali as an immunity boosting solution for COVID-19, received a governmental approval, not that of WHo. The AYUSH ministry, formally called a Certificate of Pharmaceutical Product – which is claimed to be based on WHO norms.

It took place on February 19, in the presence of Union Ministers Nitin Gadkari and Harsh Vardhan. This would permit the export of the drug to around 158 countries, according to reports. The WHO has provided provisions and benchmarks for such certifications, but has not certified or approved the medicine itself.

On Feb. 19, 2021, Ramdev, yoga guru and co-founder of Patanjali, released a scientific research paper prepared by the Patanjali Research Institute on the “first evidence-based ayurvedic medicine” against coronavirus named Coronil, in the presence of Union ministers Harsh Vardhan and Nitin Gadkari at an event.

We want to clarify to avoid confusion that our WHO GMP compliant COPP certificate to Coronil is issued by DCGI, Government of India.
It is clear that WHO do not approve or disapprove any drugs.
WHO works for building a better, healthier future for people all over the world. pic.twitter.com/ZEDPdWy0tg

“Coronil has received the Certificate of Pharmaceutical Product (CoPP) from the Ayush section of Central Drugs Standard Control Organisation as per the WHO certification scheme,” Patanjali said in a statement clearly, which meant following WHO guidelines and not that the product was approved by the world health body. This enables the product Coronil to be exported to 158 countries.

WHO denied the claim made by some people on twitter. Its GMP guidelines provide a set of quality control benchmarks, and outlines the processes for reviewing, testing, validation, reviewing and documentation, and ensures that the personnel, premises and material are suitable to be used for pharmaceutical purposes. It also has legal provisions such as distribution, manufacturing and testing, and answering product defects and complaints. These benchmarks have been incorporated into the medical laws in more than 100 countries, as per the WHO, which is used by countries to set their own GMP benchmarks.

In India, the GMP practices are followed by the Institute of Good Manufacturing Practices, which provides the Certification of Pharmaceutical Product.

In fact,the drug was first introduced by Patanjali in June 2020 with a claim to counter Covid-19, but failed to produce supporting evidence and changed its label use to “immunity booster.”

Claim: Patanjali has made history in the field of Ayurveda as Coronil has been recognized by WHO as First Evidence Based Medicine for Corona.

Conclusion: WHO has never approved coronil.

Our rating: The claim is totally false —