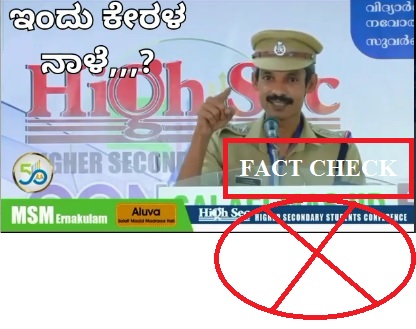 A video depicting a Kerala police Officer has been going viral on WhatsApp with a claim in Kannada that said, “Indu Kerala Nale…” that reads in English: “Today Kerala and tomorrow…” implying that it would be other states soon.

Another message on the video cover image said “Islamization of Kerala Govt.” on top and another message below that said, “Offers No traffic penalty if become Muslim.” 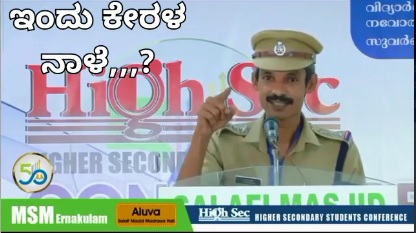 The claim in this video message is that the police inspector in Kerala is assuring students that they will be let off of any penalty for breaking traffic rules if the person converts to Islam.

As shown, the event is related to Higher Secondary Students Conference being held in Ernakulam, Kerala where the inspector, going by his should badges, is addressing the students. The inspector begins his speech in Arabic and changes to Malayalam. It was also shared by more than 40,000 users on Twitter [

It is disgusting that Congis, Commies & Sullahs are busy trying to delete this video.

My question is how a secular police force paid for by taxpayer preaching like a Mullah in police uniform.pic.twitter.com/fmrIkifaRt

“An IPS officer in uniform reciting in Arabic speaking in Gov school & says if you submit to Islam any traffic violation won’t be penalties. What other crimes next? When you convert there are no more penalties? Is this acceptable? Shouldn’t such officers be removed from service? This one clip is enough proof that Suresh Chavhanke ji’s UPSC Jihad is real and it is already happening in wide scale. Hon SC & Ministry of Information and Broadcasting, who blocked it must remove its restrictions as tax-paying citizens we have the right to know the truth!” said another message with the clip.

When Digiteye India took it up for fact checking and in a reverse Google search of a frame helped us to trace the original video to the event held in October 2019 in Ernakulam, Kerala and the video can be seen on Youtube or below.

The Kerala police inspector, named P.H. Ibrahim was advising students to accept good and forbid evil and then believe in God. He also urges them to restrain from consuming alcohol or drugs and to be a good Muslim, one needs to help others.

Most of the speech focused on maintaining good behaviour with his own experiences cited here and there but no where in the video did he tell them that their traffic penalty would be waived off if they convert as Muslim.

Essentially, the messages on social media have made three claims and we have checked one by one. The first one relates to “No traffic penalty if you convert to Muslim” is never mentioned in his speech. So this is a false claim. 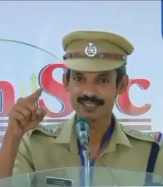 Secondly, as claimed the police officer is not an IPS officer in uniform but an inspector by uniform and rank, that belongs to the state police service. So, the claim that “This one clip is enough proof that Suresh Chavhanke ji’s UPSC Jihad is real and it is already happening in wide scale” is totally false.

Thirdly, his speech at the Higher Secondary Student Conference in Ernakulam, an annual event held in many parts of Kerala and organised by Salafi, an Islamic organisation, has evoked uproar by some media outlets. As per the established norms and Code of Conduct, police officers in uniform should not indulge in religious preachings as India is a secular country. Here, the Kerala higher police officers have assured probe as reported by Logical Indian.

Claim: No traffic penalty if you convert to Muslim, says Kerala IPS officer as part of Islamic preachings.

Conclusion: He never said penalty will be waived off if you are converted to Muslim, nor is he an IPS officer as claimed. 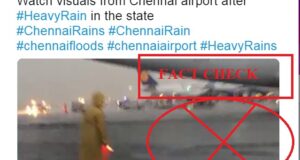 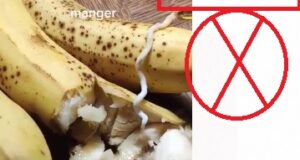