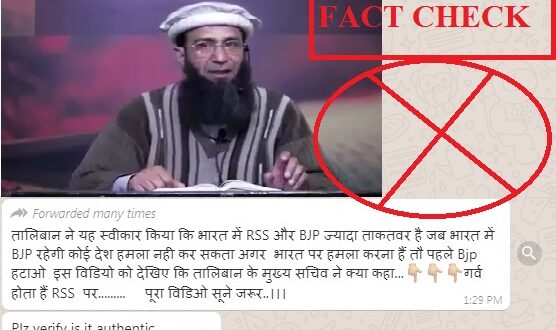 A video is going viral on social media, in which a person, identified as the chief secretary of Taliban, is giving a lecture to the audience about Indian politics, including RSS and BJP, describing them as the most powerful organisation in India. Digiteye India received the video as below with a request for checking its authenticity. 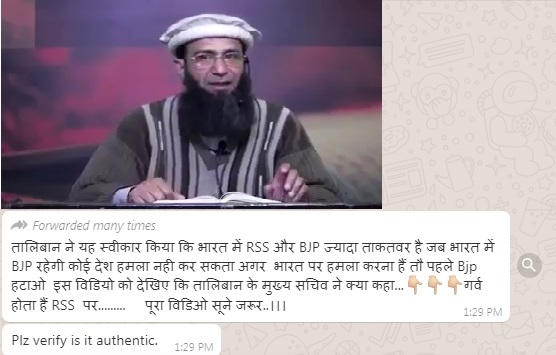 A frame cut search on Google threw up results and the said video was on Youtube, uploaded in 2020. The original video on YouTube channel named NWAA Studios, was uploaded on Aug. 6, 2020 and the person has been identified as Khalid Mahmood Abbasi.

The claim in the message can be seen at 52 seconds in the video, which was reportedly recorded in 2019, when the Taliban was nowhere in control of any part of Afghanistan.

A search on Youtube shows several such videos by Abbasi and his official Youtube channel can be accessed here, where the video was uploaded again on Aug.3, 2021.

As per the description on his official Youtube channel, Abbasi is an Islamic scholar living in Islamabad, Pakistan. He has spent 30 years of his life with an organization named Tanzeem-e-Islami.

Moreover, Taliban’s current spokesperson is Zabiullah Mujahid and he has not spoken about RSS or BJP in his briefings so far after the Taliban takeover of Afghanistan on August 15, 2021.

Hence, the video by Taliban was wrong and the person is not representing Taliban in any capacity. The claim that RSS and BJP are being praised by Taliban chief secretary are totally FALSE.

Conclusion: The speaker was Pakistani Islamic scholar and the video was made in 2019, not now. 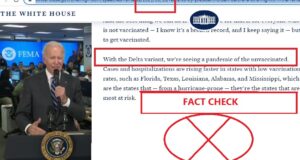 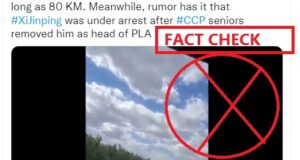