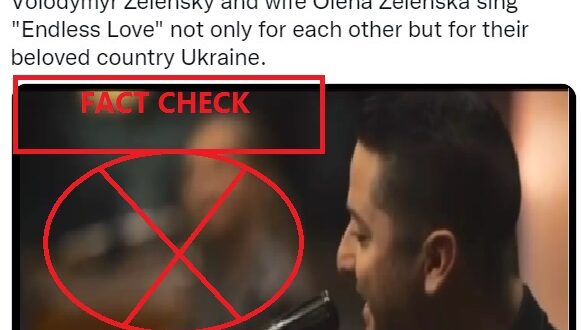 Reminiscent of the popular saying that a Roman king was playing fiddle while Rome was burning, here’s a social media message that said a video showed a cover version of the song “Endless Love” being sung by Ukrainian president Volodymyr Zelenskyy and his wife Olena Zelenska. The timing of the video when their capital Kyiv was being bombarded by invading Russian troops has not gone well with many.

The video shows two singers singing Diana Ross and Lionel Richie’s 1981 famous song “Endless Love” with a cpation that said: “Ukraine President Volodymyr Zelensky and wife Olena sing “My Endless Love” not only for each other but for their beloved conutry Ukraine.” The video is being shared on Twitter here and here and also on Facebook.

When we checked Youtube with a couple of frame cuts from the video, we found that the video does not belong to Ukrainian President Zelenskyy and his wife but of American singers Alejandro Luis Manzano and Connie Talbot. See the original on Youtube:

Conclusion: The video belonged to professional American band and not of Zelenskyy and his wife as claimed. 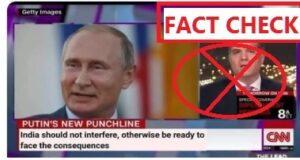 Did Putin warn India of consequences if votes against Russia at UN Security Council? Fact Check