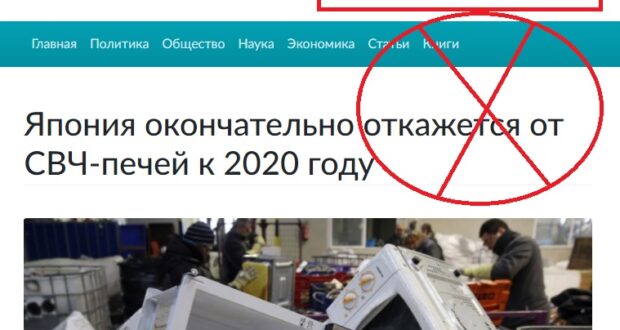 A viral message on WhatsApp is making rounds with a claim that the harmful effects of Microwave oven have forced Japan to ban the production and use of Microwave ovens. Surprisingly, it was also found in one of the product reviews of Amazon. The lengthy message reads:

“End of Microwave industry!!!!! Japan govt has decided to dispose of all the *Microwave Ovens* in the country before this year end.

Reason for this ban: University of Hiroshima’s scientists researched and found that “radio waves” from microwave ovens cause greater harm to health over the last 20 yrs, than the US atomic bombs on Hiroshima and Nagasaki in Sep 1945.

Experts found that food heated in microwave ovens has very unhealthy vibrations and traces of radiation. All the factories of “microwave ovens” in Japan are being closed.

S Korea announced plans to close all “microwave ovens” factories by 2021, and China by 2023.

7. No mammogram before birth, except echocardiography

8. No Very narrow underwear and bra

11. Do not drink chilled water kept in plastic bottles stored in the fridge.

12. Avoid deodorants used after shaving or baths because they cause cancer.

The conference advise adding these to your diet :

2. Honey moderately used instead of sugar

3. Plant proteins (beans instead of meat)

4. 2 cups of water at body temp on empty stomach before brushing teeth

5. Food should be warm and not very hot

Note : The American Physicians Association found the causes of cancer:

1. Do not drink anything hot in plastic cups

2. Do not eat anything hot wrapped in paper or cardboard or in a plastic bag (eg fried potatoes)

When plastic is exposed to heat, chemicals that can cause 52 cancer types are released.

You must also avoid drinking all kinds of soft drinks such as “Cola, Pepsi, Av, Fanta and all concentrated juices because cancer feeds on sugar. Eat fresh pineapples and avoid pineapple mix. Don’t eat heavy food after 7pm.

Drink more water in the morning and less in the evening. Do not take a horizontal position (lying down/sleep) immediately after eating.

When Digiteye India received the message, we took it up for an in-depth fact checking. To begin with, microwave ovens work by using microwave about 12 centimeters in length to force water and fat molecules in food to rotate. The interaction of these molecules undergoing forced rotation creates heat, and the food is cooked, states NASA‘s science page.

From radiation point of view, the website of the US Environmental Protection Agency states that the non-ionizing radiation used by a microwave does not make the food radioactive. Microwaves are only produced when the oven is operating. The microwaves produced inside the oven are absorbed by food and produce the heat that cooks the food. Microwave ovens are constructed to ensure the electromagnetic radiation does not leave the oven, clarifies the agency.

Even the U.S. Food and Drugs Administration (FDA) has set the standards for power in microwave ovens to ensure that radiation does not pose a public health risk. As per the US federal standard limits, the amount of microwaves that can leak from an oven throughout its lifetime to 5 milliwatts (mW) of microwave radiation per square centimeter at approximately 2 inches from the oven surface. This limit is far below the level known to harm people with adverse radiation, says the US agency. Hence, the microwave oven’s radiation is not a matter of concern.

However, the viral message keeps surfacing on social media. When we searched on Google, it first appeared on March 3, 2018, on a Russian website called Panorama.pub. Here is the post that appeared on Panorama.pub, which is a satire website. 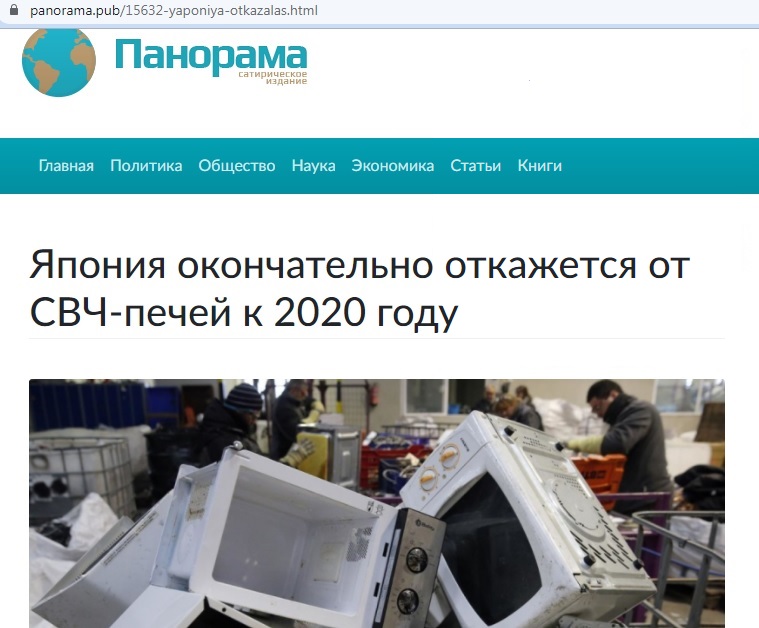 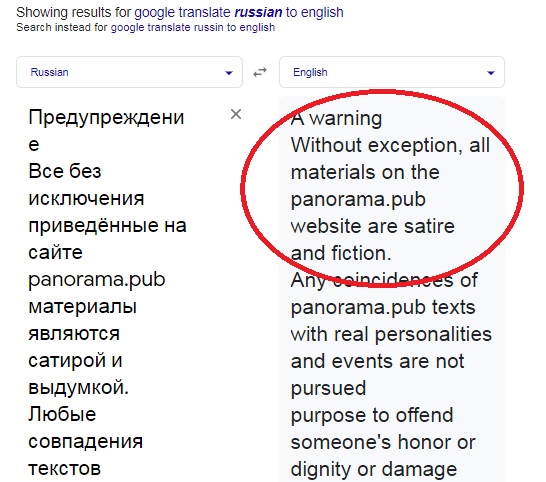 Further search on Google revealed that Japan has not banned the use or production of microwave ovens as claimed. The claimed recommendations from a Kashira Cancer Centre, apparently referring to Japan’s National Cancer Centre that has a campus at Kashiwa in Chiba prefecture have never made any such claims. Hence, the claim is totally false.

Claim: Japan has banned the use and shut down the production of microwaves

Conclusion: The message was taken from an old article published on a satirical website. The claim that Japan has banned the use and stopped the production of microwave ovens is False.