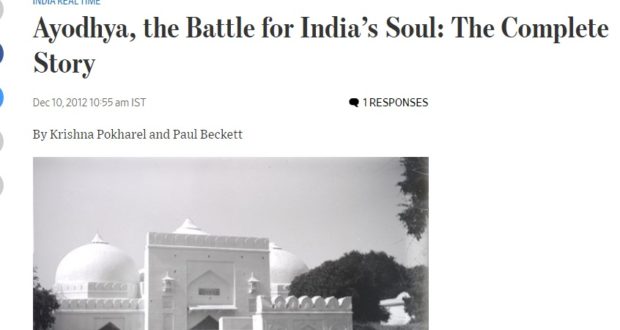 Recently, a collage of photographs claimed to have been taken in the 19th century showing the inner architecture of the famous Babri Masjid in Ayodhya that was demolished in 1992.

All the black and white photos were claimed to be from the archives of the British Library. They are soon shared widely on social media with a narrative that the beautiful Masjid was demolished by Hindutva extremists. 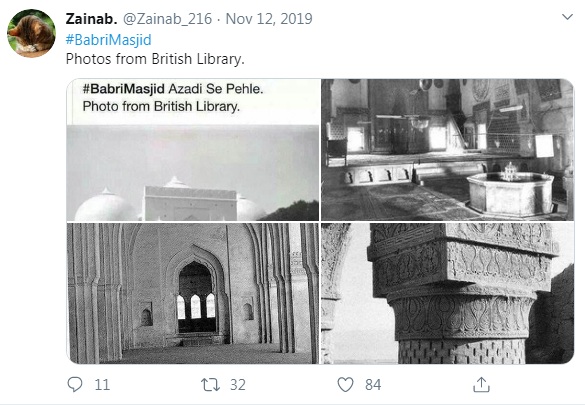 Digiteye India team’s reverse-image search showed that these photographs were carefully drawn from different locations and periods and not from the pre-Independent India’s images of the Babri Masjid. Except one frontal picture of the masjid taken before the demolition in the 1990s, all three others do not belong to the structure.

The first photograph is of Babri Masjid but the picture was taken in early 1990s and not of pre-Independent India as claimed. This is the only image belonging to Babri Masjid. It was used in the Wall Street Journal on April 4, 2014, features the viral image. The caption reads: “A photograph of the Babri Masjid from the early 1990s. Copyright: The British Library Board”. It can be seen here. 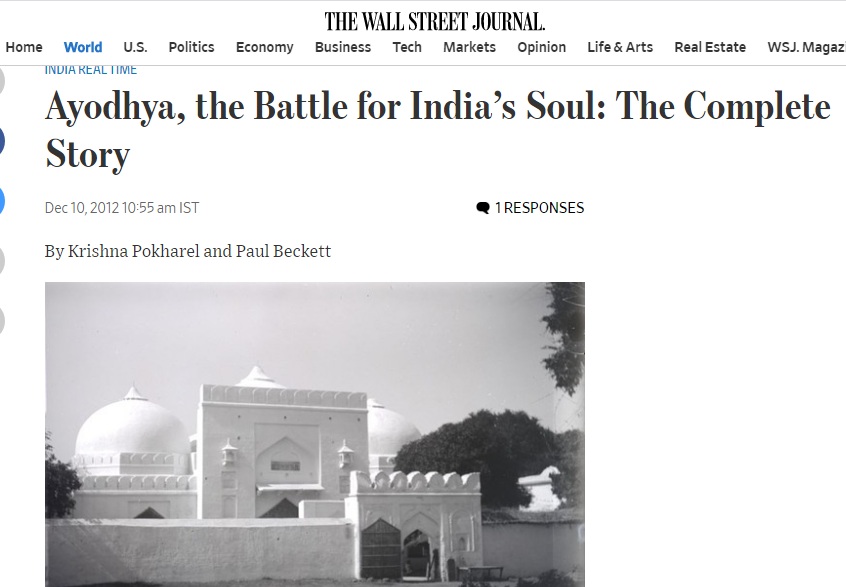 The second top picture in the collage belongs to Turkey. The photograph was the interior of the Green mosque, known in Turkish as the Yeşil Camii, located Bursa, Turkey. See the colour image of it here: 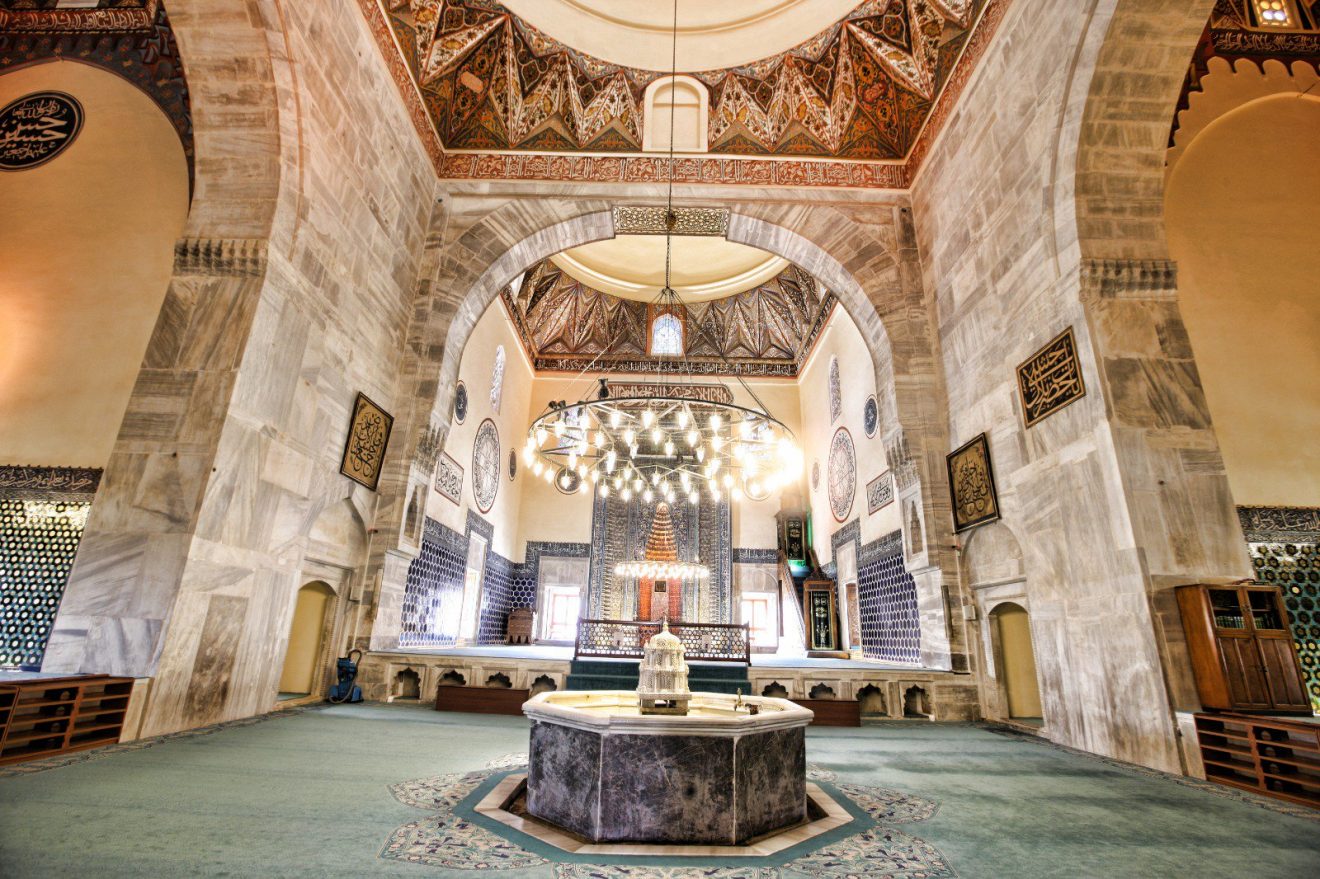 The third left-side picture belongs to Ibrahim Rouza mosque in Bijapur, Karnataka and the image depicts “Intricate design of arches inside the tome ‘Ibrahim Rouza’ in Bijapur from 16th century”, and its copyrights are held by one Upendra Bapat.

The fourth image on right-side belongs to the image of the Noh Gunbad mosque located at Balkh in Afghanistan, according to Alamy magazine. 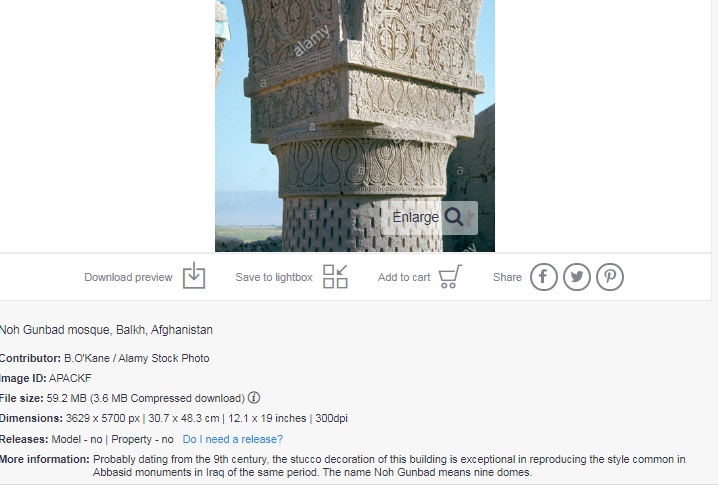 Conclusion: The claim was partially right but used to mislead people to believe that all the images truly belong to the demolished Babri Masjid. Our rating ???Misrepresentation.