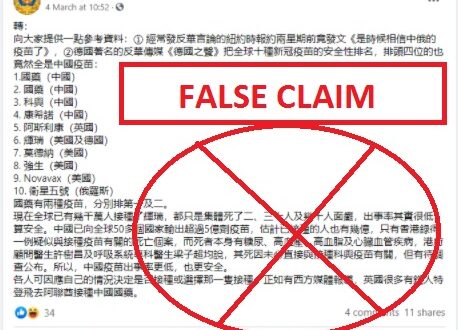 A claim has been making rounds in social media stating that the Chinese vaccines ranked as top four of the ten global vaccines developed for Covid-19. The claim cited news articles published in October 2020 in US newspaper The New York Times and German broadcaster Deutsche Welle to support their claim that these publications have endorsed the ranking of top ten vaccines. 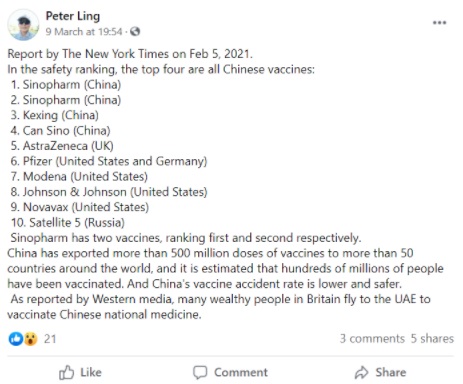 The message was posted on Facebook here and here.

Another similar message has been circulated on Whatsapp claiming that the safety ranking list was a news report by The New York Times.

When Digiteye India team checked the link to the NYT report here,  it was an opinion published with reference to the vaccines being developed in China, Russia and elsewhere and the authors reviewed the overall vaccine approval scenario. But nowhere in the article did the writers endorse Chinese vaccines or ranked them on top. The article was published in The New York Times on February 5, 2021 by Achal Prabhala and Chee Yoke Ling but nowhere did they rank the vaccines as claimed. 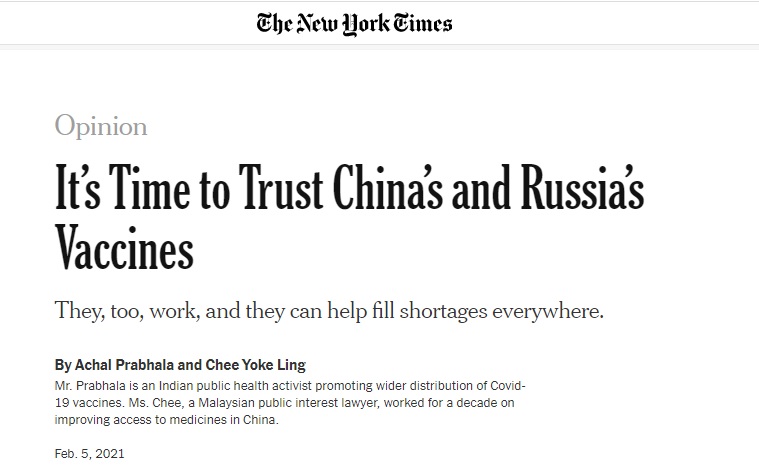 Soon after the claim started making rounds on social media, The New York Times published a statement on Twitter on March 10, 2021 stating that it was a misleading message. It said, “The New York Times did not publish this list, our reporting has not suggested that Chinese vaccines are superior to vaccines produced elsewhere, nor have we published claims that China has exported more than 500 million doses.” 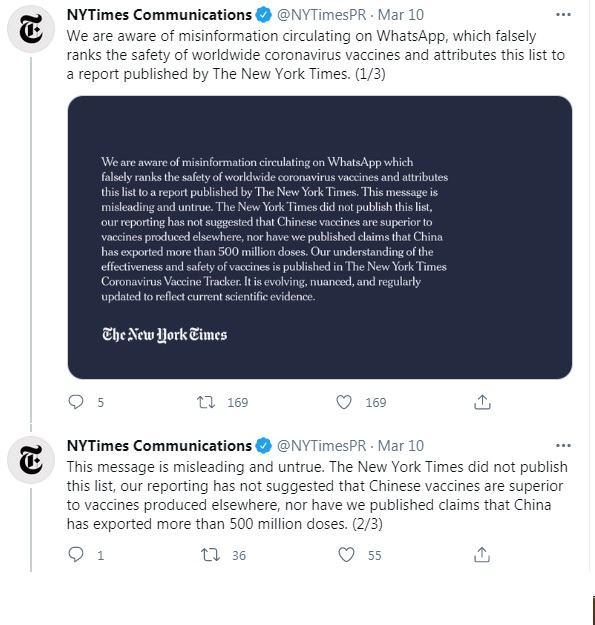 Coming to the second part of the claim in the message, the message on Facebook stated that the Chinese vaccines topped the ranking list of vaccines, quoting an article published in German news outlet Deutsche Welle’s Chinese-language version on October 7, 2020. 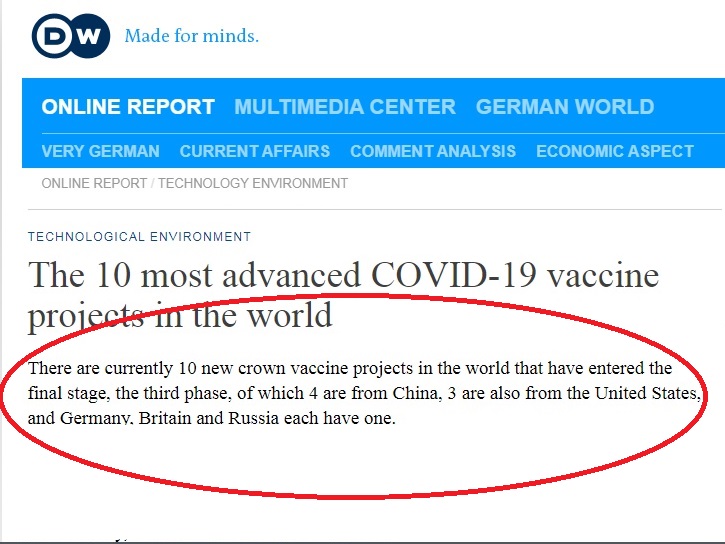 However, the translated version of the report (above) headlined, “The 10 most advanced COVID-19 vaccine projects in the world” never talked about ranking nor did it list the Chinese vaccines on top based on their efficacy. It has clearly stated that ten vaccines entered the Phase 3 clinical trial stage.

The summary of the news articles clearly said: “At present, there are 10 coronavirus vaccine projects in the world that have entered into the final stage, namely Phase III trials. Four of them are from China, three from the US, one from Germany, one from the UK and one from Russia.”

Moreover, the reference of Deutsche Welle news report from October 2020 was clearly pertaining to those COVID-19 vaccines that had entered the third-phase clinical trials as was the case with many other vaccines then. But listing them and claiming on March 9, 2021 that the Chinese vaccines topped the list of top ten global vaccines is misleading. Neither of the news articles cited in the claim ranked the safety of the COVID-19 vaccines.

Claim: The New York Times and Deutsche Welle news reports ranked the safety of ten new coronavirus vaccines in the world, and the top four are Chinese vaccines.

Conclusion: Neither NYT nor Deutsche Welle reports ranked vaccines nor reported about any such ranking. The claim is Misrepresentation – ???.