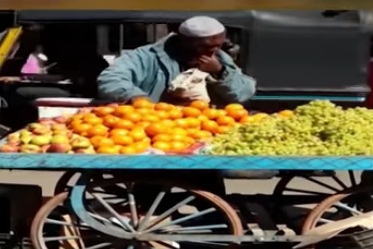 A video of an old fruit vendor seen licking his finger while arranging oranges on his cart has gone viral on WhatsAppa and other social media platforms at a time when the whole country is gripped in coronavirus pandemic. The message on Twitter by a user reads: “People should decide whom u want to buy things from. Watch this fruit vendor.” It has been widely shared by people questioning the community of the person filmed in the video.

People should decide whom u want to buy things from. Watch this fruit vendor….!!!! 😡 pic.twitter.com/BW6EBX5pF6

When Digiteye India received the request to fact check, the team searched for the news and the results showed that it was an old video shot on February 16, when the country was not even awake to the coronavirus outbreak and even US President Donald Trump visited the country with lakhs of people assembling in meeting all over the country. No social distancing nor masks were seen then. 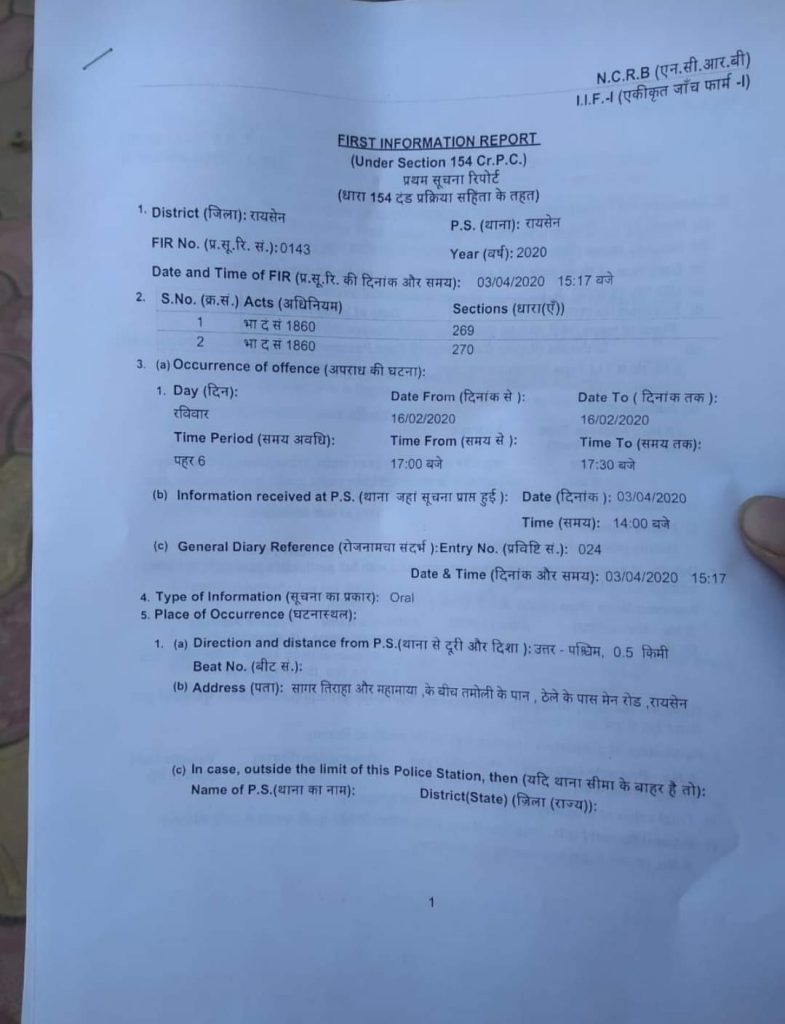 The video was taken by a person named Bodhraj Tipatta in Raisen town of Madhya Pradesh when he went to meet a friend in the main market where it was filmed. It was dated February 16, 2020 and the local police registered a case against the fruit vendor, named Sheru Khan. The FIR was booked under sections 269 and 270 of the Indian Penal Code.

The TV9 Bharatvarsh channel, which described the vendor a “corona criminal,” however, showed the Superintendent of Police (SP) Raisen’s statement that the clip is an old one.

But Khan’s daughter Fiza claimed in other videos which surfaced on social media that her father was mentally unstable and she developed the habit of touching saliva while counting notes and followed the same while counting and arranging fruits too.

No doubt that the vendor’s act was unhygienic.
But listen to his daughter’s statement: She claims that her father is mentally unstable. Fiza also said that the video is more than one and a half months old and that her father borrows cart from other people whenever he wants to. pic.twitter.com/onTZUWKS9g

It was almost a month after February 16 that the Janata Curfew and the 21 lockdown came into effect. Raisen SP revealed further that there is “nothing to fear” and the Raisen town has not reported any coronavirus positive case so far. However, the video has been uploaded on April 3, 2020 instead, to make it sensational and spread fear and apprehensions among the people and even calling for a boycott of Muslim vendors.

Ever since the religious meet at Delhi’s Nizamuddin in mid-March that turned into a coronavirus hotspot involving hundreds of people from across the country, several such old videos have surfaced on social media. A day before this, Digit India debunked such an old video which went viral last year in Singapore and Abu Dhabi, where a Muslim man was seen blowing into food packets.

Conclusion: The claim that the fruit vendor was licking the fruits was true but the video filmed in the pre-coronavirus outbreak in the country raises the questions on its timing. Our rating of the claim is ??? Misrepresentation.