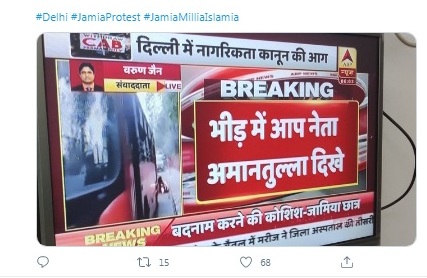 Delhi protests against the Citizenship Amendment Bill (CAB) turned violent on December 15 when several buses were set ablaze and many other vehicles were damaged in Jamia Nagar area. Reports of many national media outlets have stated that the violence started at around 4:45 pm at Mata Mandir Road, New Friends Colony. 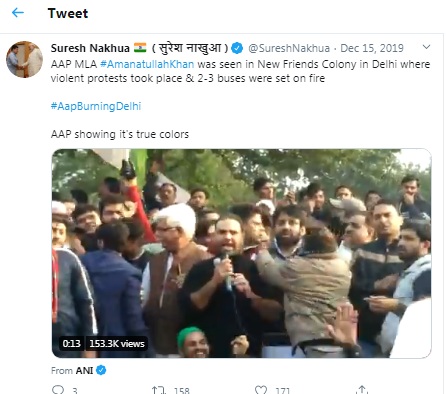 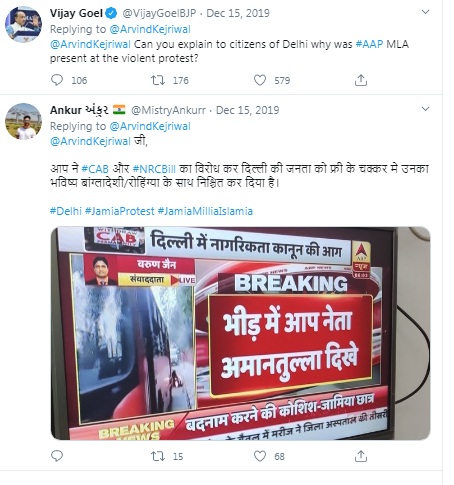 Responding to these allegations, AAP leader Amanullah Khan tweeted his response denying that he was present at New Friends Colony where violence and arson took place. He stated:“I was at Shaheen Bagh on the way to Noida from Kalindi Kunj. There are no reports of buses torched in this area. The claim that buses were burnt in my presence is false.”

Another AAP minority wing member Firoz Ahmad joined the debate and reiterated that Khan was at Shaheen Bagh from 1.30 pm to 6 pm on December 15, while the riots took place in New Friends colony at around 4 pm. Many reports confirm the fact.

Conclusion:
Since Amanatullah Khan was present at Shaheen Bagh from approximately 2 pm to 6 pm and the buses were torched elsewhere in New Friends Colony, the allegations made against Amanullah Khan proved futile. Our rating ?? Misinterpretation.