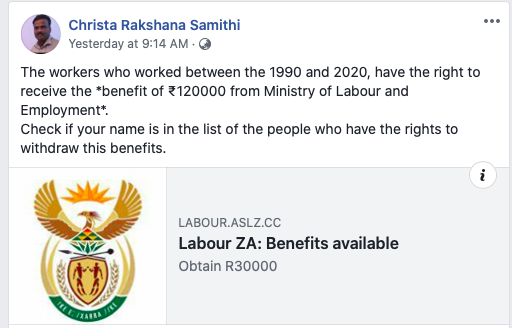 A message has been circulating on social media platforms claiming that workers between the years 1990 and 2020 are liable to receive Rs.120,000 from India’s Ministry of Labour and Employment body. There is also a link that is attached with the forward for users to check if their name is on the list. It was widely circulated on social media ever sincNirmala Sitharam announced the Covid-19 relief package on May 13.

The government has made no such announcement. Since the link in some WhatsApp messages is there, when searched further, the link leads to a .za domain used in South Africa, not in India. It should be noted that there was a similar fake claim forwarding in South Africa.

The Department of Labour of South Africa reiterated on their website and warned the public to remain on alert of a scam that continues unabated on social media promising them a payout of R30,000.

In India too, a simple google search has revealed that there is no such mention in the announcement made by the Finance Minister. Soon, the Press Information Bureau (PIB), the government’s official briefing agency, in a tweet clarified that the claim as fake and that the government has announced no such schemes. Here’s the image: 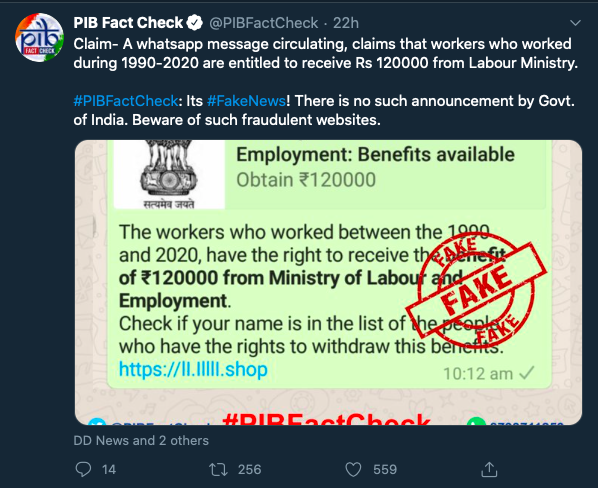