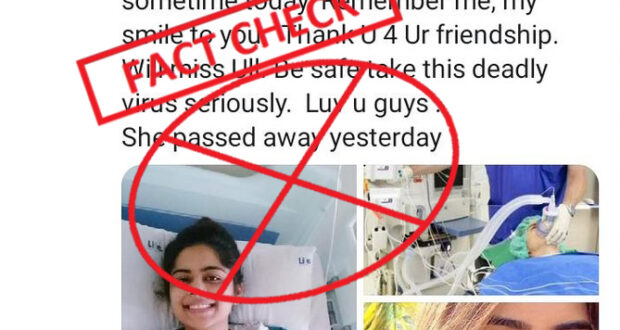 Dr Aisha’s claim on Twitter as a Covid-19 victim sends many into mourning; Fact Check

COVID-19 spares no one and so does fake news. A post of an individual named ‘Dr Aisha’ on Twitter sent netizens in a state of frenzy. A tweet by the handle @Aisha_must_sayz (which is now disabled) tweeted “Haya friends not coping with covid 19. Going to be hooked up to the ventilator sometime today. Remember me, my smile to you. Thank U 4 Ur friendship. Will miss Ull. Be safe take this deadly virus seriously. Luv u guys. Bye”. The tweet had a smiling picture of a young woman, allegedly Dr Aisha, attached with it. 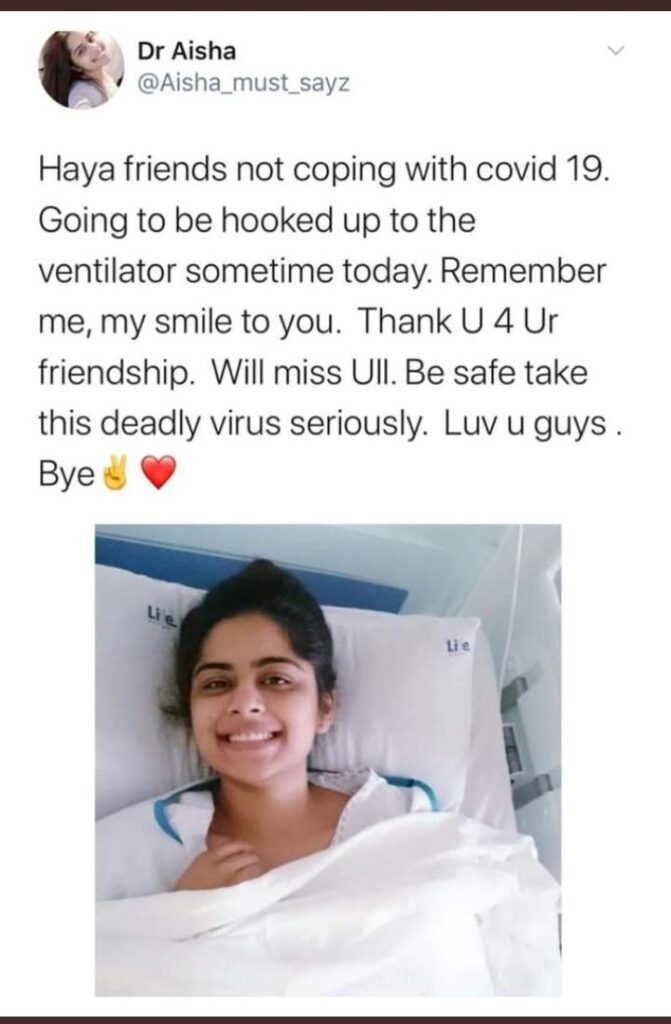 Similarly, another tweet by the same account posted a picture later which allegedly showed the young doctor getting hooked to the ventilator. The text accompanying the tweet said, “Keep Aisha in your prayer. The more her friends and Family pray for her, she may recover from the virus. Thank you”. 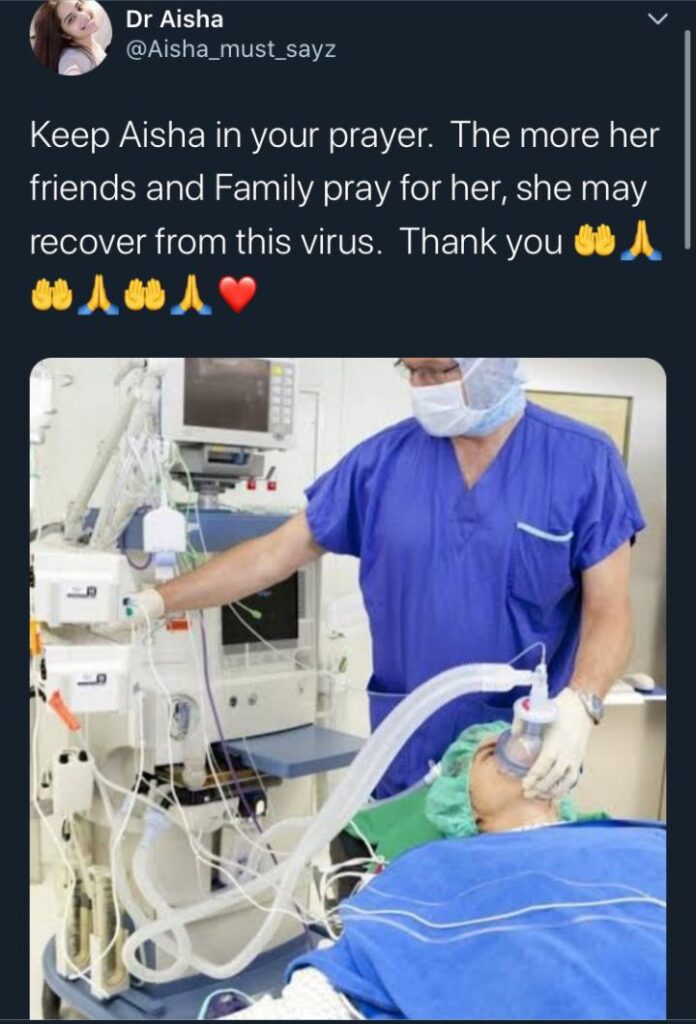 Soon after this tweet, the account tweeted another statement this time by an alleged “Dr Sarkar.” The tweet said: “I am Dr Aisha sister Dr Sarkar. I had Aisha phone as she was not allowed a phone in her isolation. A request from her should anything happen to inform her friends on social media. We were handed a sealed coffin due to the virus. I will be deleting all her social media accounts.” 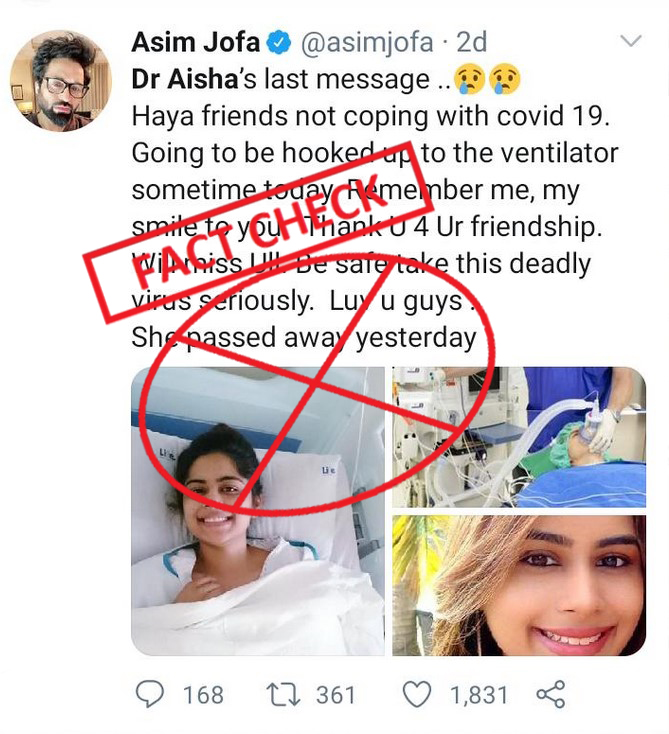 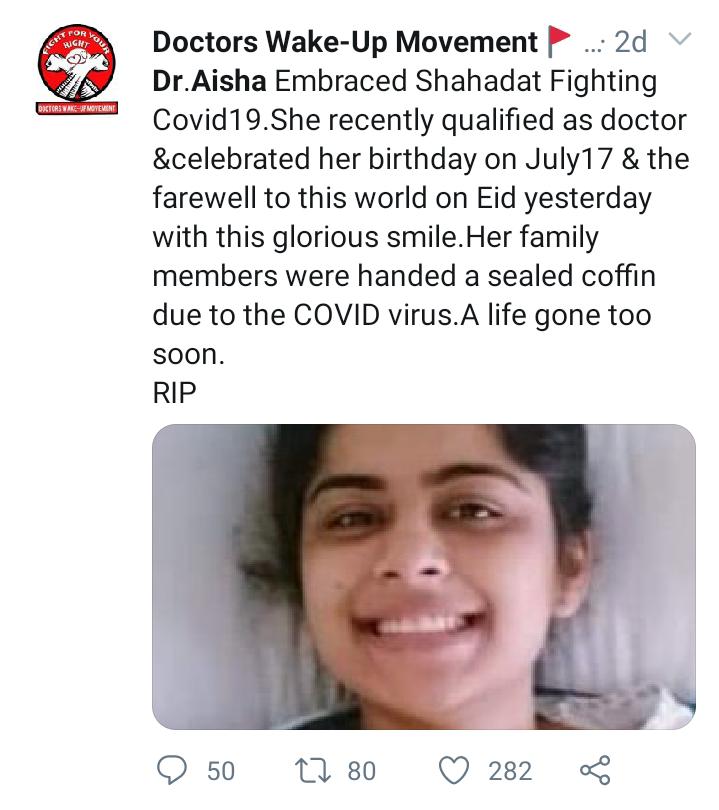 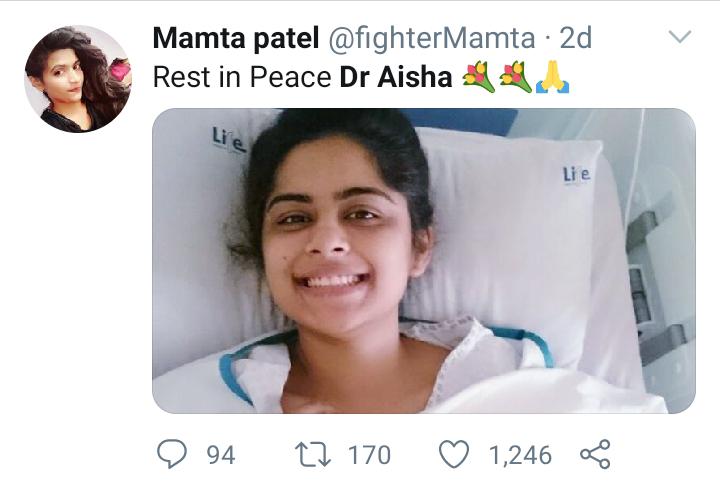 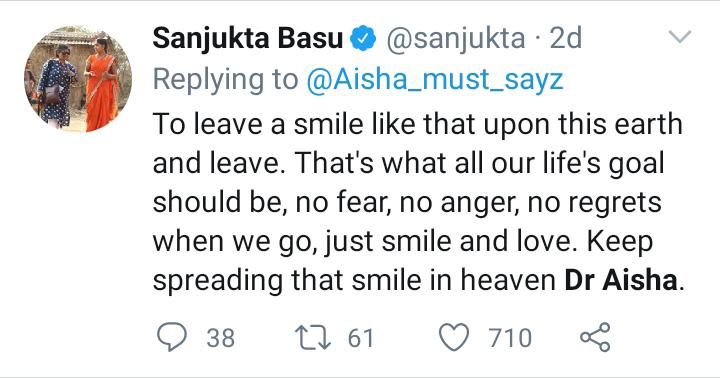 While all this was going on, a few discrepancies in the tweets were noticed. In the second tweet, the doctor is seen putting a ventilator as the tweet says. An important question arises here. If the patient had COVID-19, why was the doctor not seen in a PPE kit? The doctor in the image was seen in scrubs. A simple reverse search on Google landed us in a page by Savina Clinic which shows the image being used in the context of dental anaesthesia. The same image has been used by several other sites. 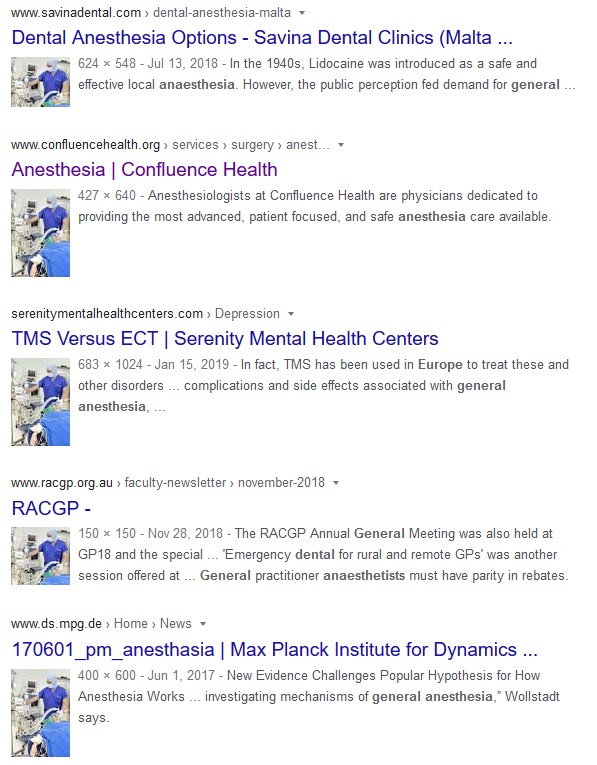 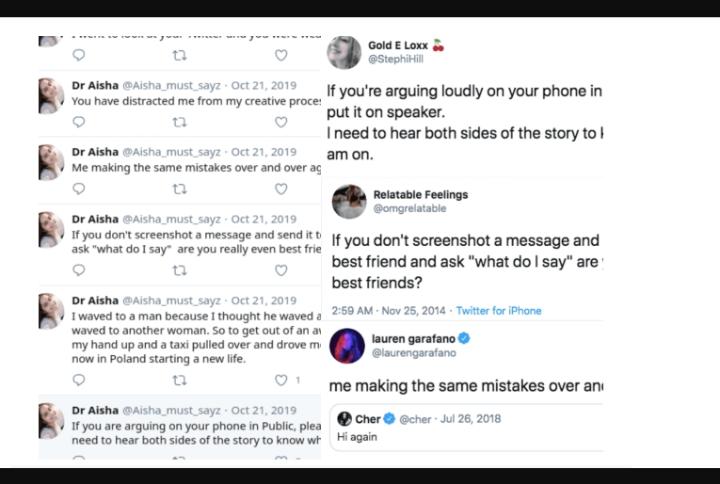 Another photo was widely shared where a man clicked a selfie with Dr Aisha. COVID-19 patients are not allowed to have visitors. How was a visitor without any protective gear allowed near her if she was COVID-19 positive? 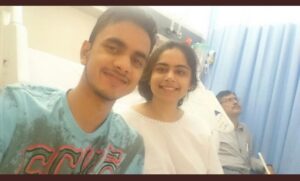 Her, now deleted, account said that she was an MBBS degree holder. However, in South Africa Bachelor of Medicine and Surgery (MB. ChB) is the degree and not MBBS. The image that was used bu this accunt claiming it was ‘Dr Aisha’ being intubated turned out to be a stock image regularly used by several websites since 2017. Here’s a non-profit Zaggocare.org which used the picture two years ago on their website: 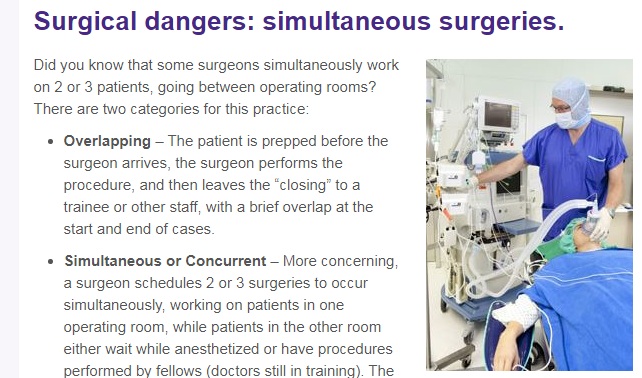 Conclusion: Our rating of the claim is