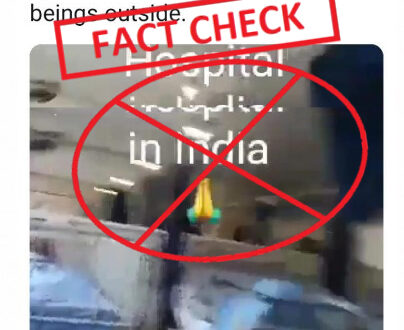 A video of monkeys creating havoc in a hospital is being widely shared on social media. The 1:48 minutes long video shows monkeys hopping on the ceiling frames and walking around the ward. The text on the video says that it is from a “hospital somewhere in India.”

There were other instances of this same video being shared with the text as “COVID Hospital in India.” It was also shared on YouTube by a channel ‘Viral Video Italia’ on June 25, 2020 titled “Quando vedrete cosa succede questo ospedale indiano resterete a bocca aperta!!!” which has gathered more than 4k views. [Translation: When you see what happens in this Indian hospital, you will be amazed!] 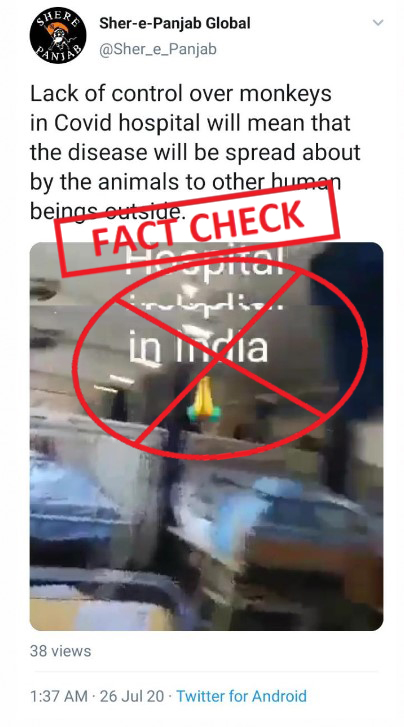 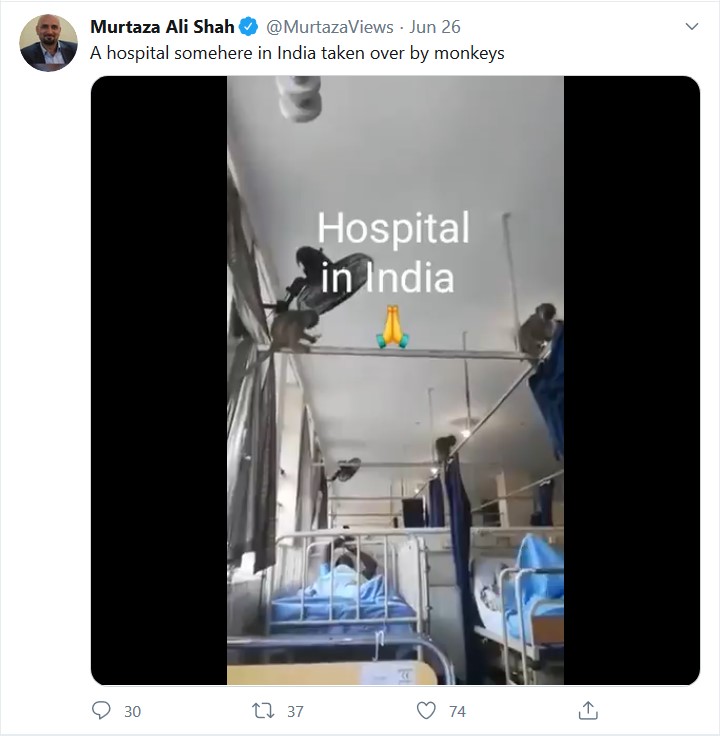 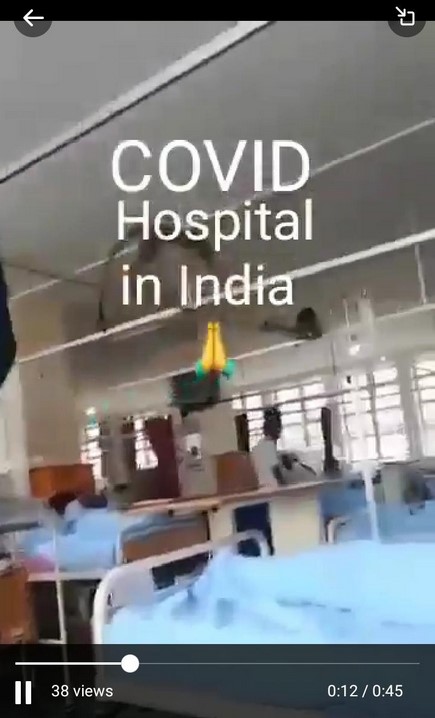 The same video with the text as “COVID Hospital in India” 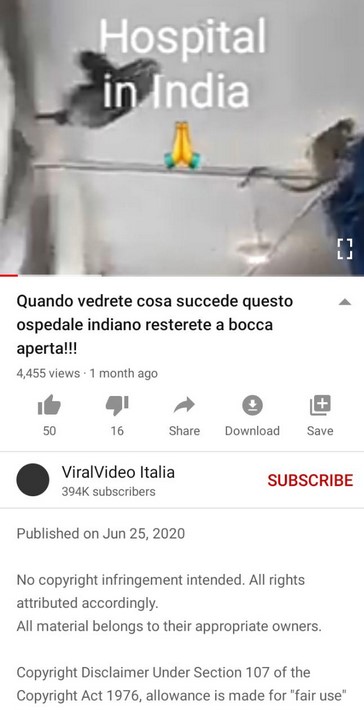 Video uploaded on YouTube by ‘ViralVideo Italia’ on June 25, 2020

The video cannot be from a COVID ward because the beds are very close to each other and related medical equipment cannot be seen. In COVID wards the beds are usually placed farther from each other. The voice in the video exclaims in a language which does not belong to any of the Indian languages. The female voice keeps saying “Haibo” and a quick Google search revealed that this word is a South African colloquial slang.

Digiteye India extracted keyframes from the video through inVID and ran a reverse Google Image Search. The results showed that the video is not from India but from South Africa. One of the results led us to a March 2019 article by Daily Mail. The report states that the hospital in the video is RK Khan Hospital in Chatsworth, Durban, South Africa.

The 534-bed hospital was constructed on a site which was previously a jungle providing abode to the vervet monkeys. “We must find an immediate solution and I no longer want to see monkeys in the premises. I do not want to see the monkeys in the wards where there are vulnerable patients as it is a very dangerous scene and it also brings with it health risks to the patients,” said South African Health Minister Dr Aaron Motsoaledi. A task force was set up by the hospital but they had not come up with any effective solution on the same.

The same video was also posted by various other news outlets such as Express, Daily Star, The Herald News, and Express Digest in March 2019 without any text on the video. It was not the first time monkeys invaded the aforementioned hospital. In February 2019, IOL reported that the health minister had appointed “an expert committee to find long-term solutions to combat an infestation of monkeys”.

Earlier, this video was also circulated with many claiming that it is from Pretoria in March 2020.