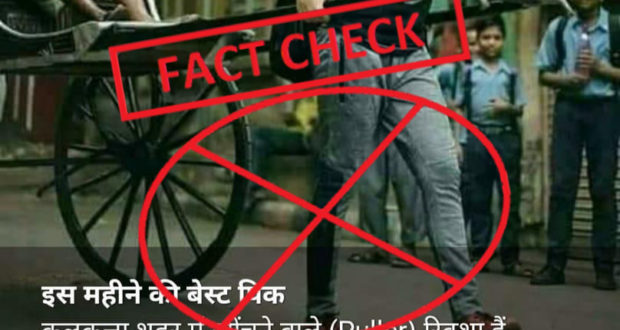 A picture of a girl pulling a Kolkata-style rickshaw while a man is sitting on it is going viral. The picture is accompanied by a caption in Hindi, which roughly translates to how humble the daughter of a rickshaw puller in Kolkata after she became an IAS (Indian civil service) Exam topper.

She made her father sit behind in it and pulled it herself to show her respect for her father. The image has been picked as the ‘Best Image of the Month’. The image has been shared multiple times by various users on social media platforms, Rediff threads, and a blog post has appeared about it. 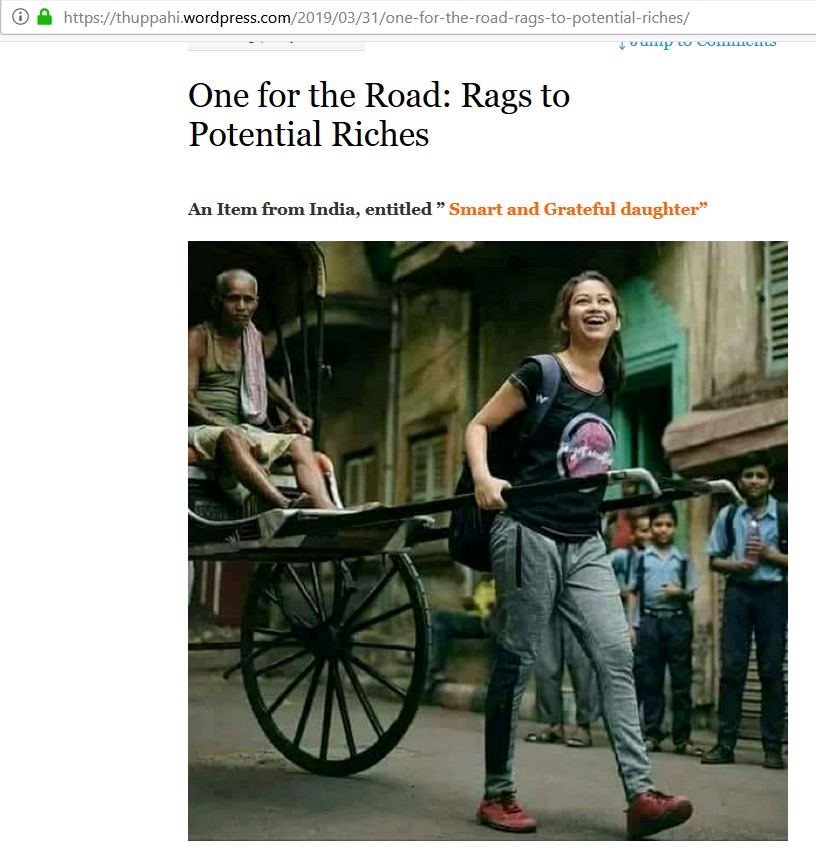 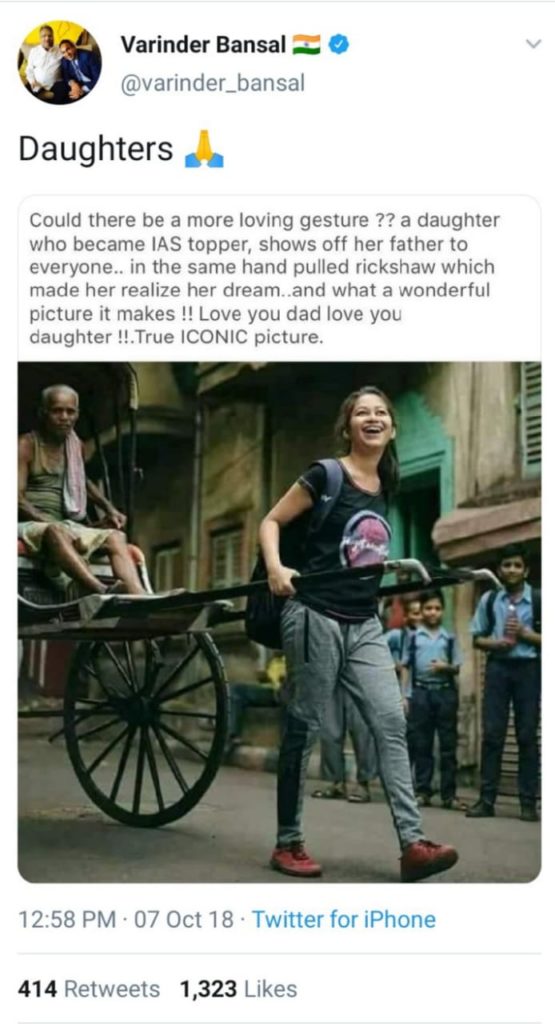 Since the image has been resurfacing every year, DigitEye India conducted a Reverse Image Search on TinEye and found out that the image has been in circulation since 2018. The image is from Kolkata because hand-pulled rickshaws are still used there and the curb on the right is painted blue and white which again is a classic Kolkata feature.

The woman in the picture is a blogger, Shramona Poddar. We checked Poddar’s Instagram to see when she had posted the image. The image was posted by her on April 25, 2018. It was clicked at Shobhabazaar, an area in North Kolkata. The picture accompanying the caption says that she wanted to provide relief to a rickshaw puller which prompted her to make this move. The caption said:

“So last time I was in Calcutta, the #wildcraftwildling in me decided to pull a handpull rickshaw instead, to see how difficult and strenuous it really is. I asked the rickshaw uncle to have a seat while I pulled him around on the streets of Shobhabazar, tickling the bell at intervals while the whole street stood and watched in awe.” Here it is: 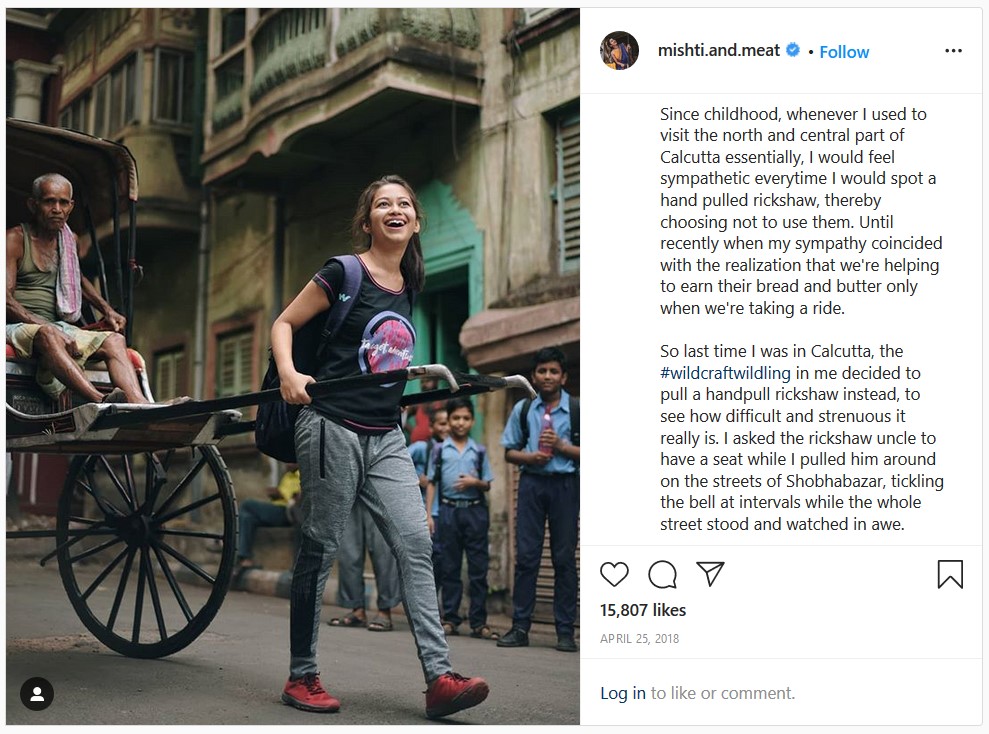 The woman in the image is not an IAS topper but a blogger whose image has been used out of context. Our rating