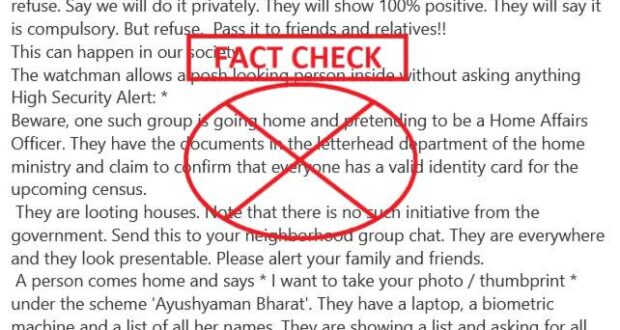 No, COVID testing not made mandatory by municipal corporations for people aged 50 and above

A message is going viral on WhatsApp which states that municipal corporations have made COVID-19 testing mandatory for people above 50 years of age. The same message also claims that a group enters posh societies stating Census survey or Ayushman Bharat and are looting people. Digiteye India received this message for fact-checking on its WhatsApp number as shown below. 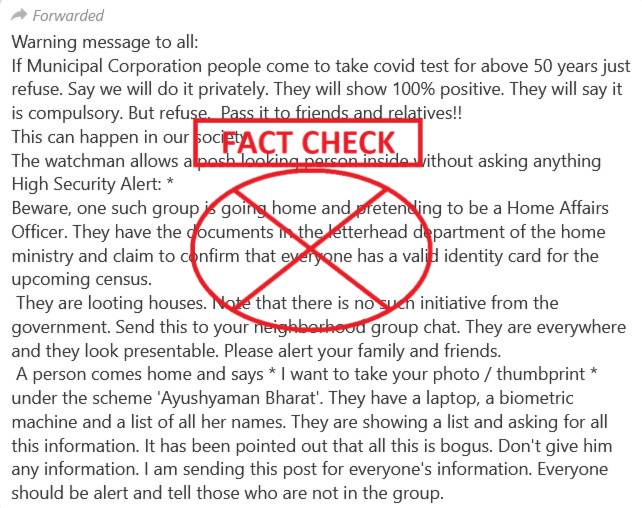 The forwarded message makes two claims. One is regarding COVID testing and the other concerning the looting of houses. We will fact check both the claims.

With the rising number of cases in the country, the government has made plans to increase the testing of individuals. In its advisory, the Union health ministry stated: “Indian Council of Medical Research in its advisory (issued on 4th September 2020) has allowed for ‘on-demand’ testing. This has been done with the intent to make COVID-19 testing available and easily accessible to all.” There is no compulsory tests being conducted as claimed in the message.

Hindustan Times reported how “the Union health ministry had issued new guidelines which chart out a comprehensive community surveillance strategy crucial in managing the outbreak”. With this plan in mind, most cities have set up kiosks in busy areas of the city such as marketplaces which conduct random testing of people for a minimal cost. For example in Kolkata “for RT-PCR tests, a total of nine vehicles, equipped with facilities of testing, are roaming in different boroughs of the city”, reported The Statesman. Similarly, the Karnataka government had announced random testing for slum dwellers, vendors, bill collectors and delivery staff employed with food chains and courier services reported The Indian Express. The testing at these centres is done at random with no specific age bar dictating the collection of samples.

Census/ Ayushman Bharat fraud- The Census of India is a nationwide process which takes place every 10 years. While the previous census took place in 2011, the next census is scheduled to take place in 2021. All the information to be collected for the same will take place next year to maintain uniformity. The Ayushman Bharat Yojana is “a flagship scheme of Government of India which was launched as recommended by the National Health Policy 2017, to achieve the vision of Universal Health Coverage (UHC)”, states the website. Under this scheme, free access to healthcare at primary, secondary and tertiary levels is provided to people. However, it is only available to rural and urban beneficiaries. It has been rolled out to cater to the 40% of the “poor and vulnerable population”. 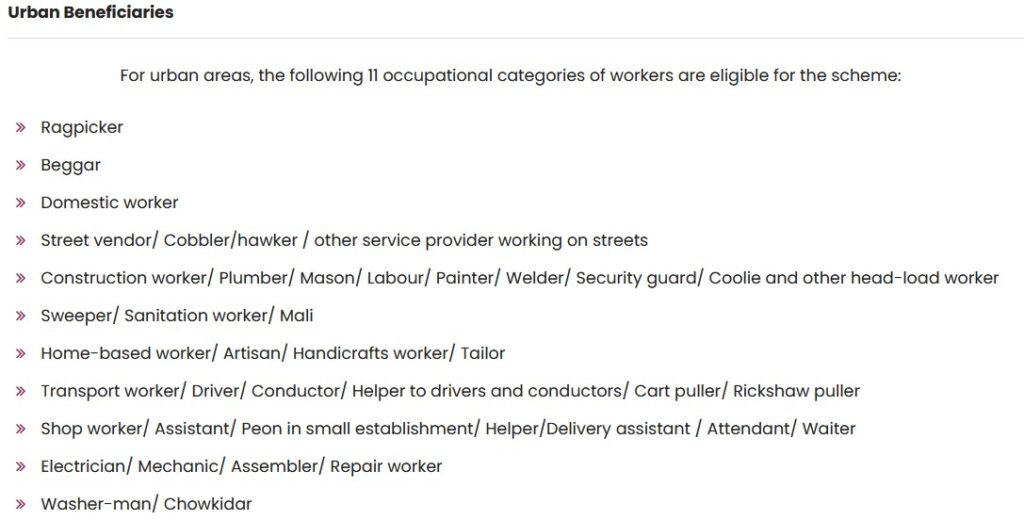 Therefore if anyone claims to be a part of Ayushman Bharat e-card issuance, it is assured that it is fake. To claim benefits under the scheme, the beneficiary can get themselves identified at the nearest empanelled hospital or Community Service Centre and it is done free of cost.

COVID testing by municipal bodies for people above 50 years old is completely false. No information on any “gang” operations looting people in the name of government services has been found. However, if anything similar does happen, people can complain to the authorities. Our rating