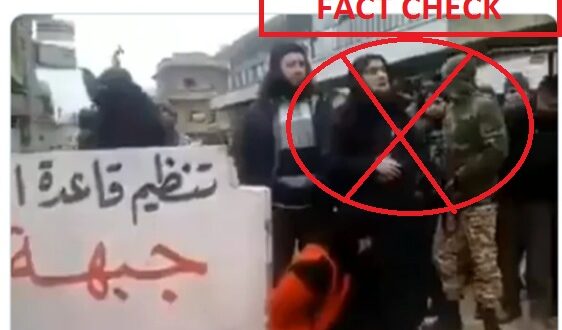 The Taliban takeover of Afghanistan on Sunday, August 15, has sent old memories of their rule during the 1990s return to many people around the world. Here’s one such video that is making rounds.

The Taliban or the Islamic militia in Afghanistan are known for their atrocities including denying basic rights to women. Coinciding with the takeover on Sunday, a video of armed men executing a woman in public is circulating on social media, claiming that she was shot in the head by the Taliban in Afghanistan for dressing “inappropriately” or wearing jeans inside the burqa.

This women is said to be executed by the Taliban because she went to buy groceries without a male guardian. I am absolutely gutted to see that gender equality is still not spread around the world after all this time😥 #AfganistanWomen #Afghanistan #taliban #AfganistanWomen pic.twitter.com/hOEzkVjtjz

This woman in Afghanistan was killed by Taliban for not wearing the proper cloth. #Afghanistan #Taliban @cnn @FoxNews @BBCWorld pic.twitter.com/M9O8brOD6D

“This woman in Afghanistan was killed by Taliban for not wearing the proper cloth,” reads the caption along with the video. The archived versions of the posts can be seen here and here. Soon reactions also poured in from people though they said the graphic video cannot be shared here:

seeing videos of Afghan women being executed in the streets by the Taliban.

Digiteye India team received it on WhatsApp for fact-checking. When some frames of the video were checked in Reverse Image Search, the results showed that the video was used by many websites and the Reuters covered it in its newsfeed.

As per a “Daily Star” report dated January 15, 2015 quoting Reuters, Al-Qaeda fighters actually shot and killed a woman accused of adultery. The incident took place at Maarat al-Numan in northwestern Syria and even CNN had covered the incident.

Claim: The claim that the Taliban had executed a woman shown in the video is not true as this particular video does not belong to Taliban or Afghanistan but to Syria.

Conclusion: The claim in this particular video is false.