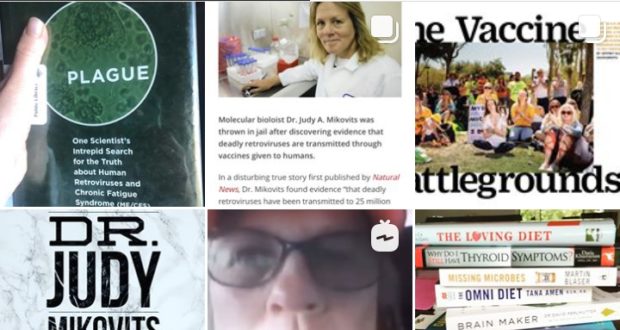 A viral video has taken the Internet by storm. The video titled “PLANDEMIC” is making rounds on all social media platforms. Directed by Mikki Willis and featuring Dr. Judy Mikovits, the 26-minute long video can still be found on Facebook because it has garnered the attention of various pages and groups.

ALERT: Schiff spied on @RealDonaldTrump‘s lawyer (@RudyGiuliani) with secret subpoena of phone records. Asserts power to spy on Americans with no court approval or accountability under law. @JudicialWatch doing the heavy lifting against Schiff in fed court to uphold rule of law. https://t.co/DgnRuEypmU

Similarly, the video can also be found on Instagram. Dr. Mikovits is being talked about on Twitter along with the video, which has been pulled down by Facebook and YouTube for violating the community guidelines regarding coronavirus now.

The video sheds light on the current pandemic which has grappled the globe along with a few certain other issues such as vaccines, the administration of hydroxychloroquine, etc. among other topics. Uploaded on Instagram the PLANDEMIC video shows Judy Mikovits making statements on frequent washing of hands and wearing face masks.

By frequently washing hands and “wearing the mask literally activates your own virus. You’re getting sick from your own reactivated coronavirus expressions,” said Mikovits. It simply reduces “bacterial flora,” she says. However, the World Health Organization (WHO) has refuted this claim, stating clearly that wearing masks and hand washing are the best preventive measures.

The video contains a clip of doctors — Dan Erickson and Artin Massihi — who held a press conference on April 22, 2020 to share their findings on how the death rate of flu in 2017-18 is similar to the death rate of covid-19. However on April 27, 2020 the American College of Emergency Physicians and the American Academy of Emergency Medicine released a joint statement which said:

These reckless and untested musings do not speak for medical societies and are inconsistent with current science and epidemiology regarding COVID-19. As owners of local urgent care clinics, it appears these two individuals are releasing biased, non-peer reviewed data to advance their personal financial interests without regard for the public’s health.

COVID-19 misinformation is widespread and dangerous. Members of ACEP and AAEM are first-hand witnesses to the human toll that COVID-19 is taking on our communities. ACEP and AAEM strongly advise against using any statements of Drs. Erickson and Massihi as a basis for policy and decision making.”

The video also states how the coronavirus is “not naturally occurring” and it has been made and “manufactured in labatories.” In a report carried out by National Geographic, Anthony Fauci, director of U.S. National Institute of Allergy and Infectious Diseases said that there is no scientific evidence to prove that the virus was made in a lab. 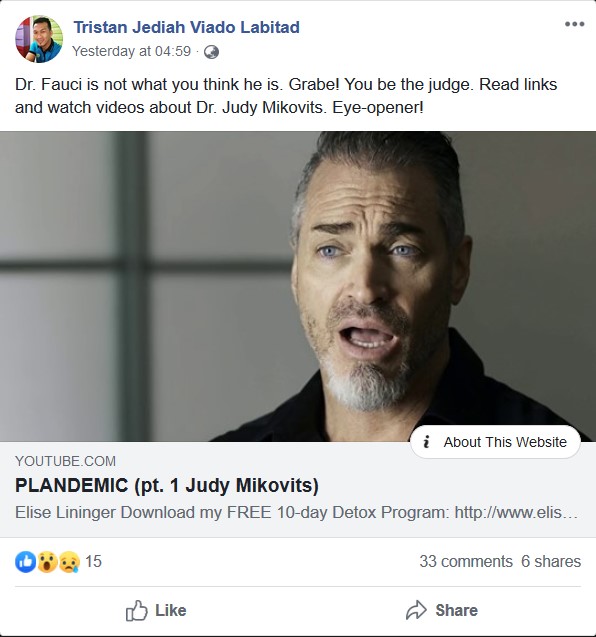 A WHO spokeswoman Fadela Chaib told a Geneva news briefing that “all available evidence suggests the virus has an animal origin and is not manipulated or constructed in a lab or somewhere else… It is probable, likely, that the virus is of animal origin.”

“The flu vaccines increase the odds by 36% of getting COVID-19”, said Mikovits. “If you’ve ever had a flu vaccine, you were injected with coronaviruses.” The doctor says that there is no need for finding any vaccine for coronavirus because it is just a profit making enterprise for medical researchers.

It was viral on social media that flu vaccine causes respiratory issues which include four strains of coronavirus. There is no medical evidence to support this claim and it had been debunked several times. Although the symptoms of both look very similar, they are caused by different viruses.

Conclusion: The claims made in the video are ?? — Misinterpretation.