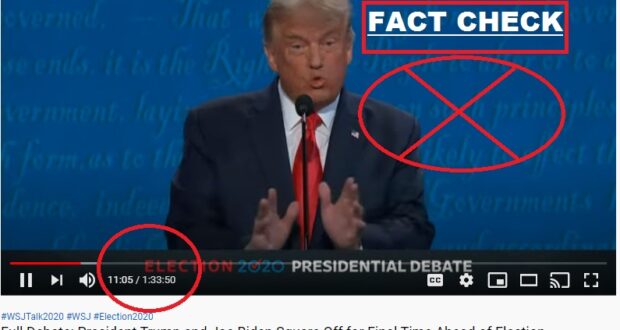 US President Donald Trump, in the third and final US Presidential Debate on October 23, claimed that the recovery rate of coronavirus infections is a staggering 99%, thus, belittling the viral infection’s impact on people and its deadly impact on humans.

To reiterate his stand on opening the country to usual business despite the COVID-19 pandemic, Trump said, “99.9 (percent) of young people recover. 99% of people recover. We have to recover, we can’t close up our nation.” See the full debate here:

Watch what Trump said on Covid-19 at 11:05 or 1 minute, 33 seconds into the full deabte version of WSJ live video above. Trump said,” And now, I recovered. 99.9 of young people recover. 99% of people recover. We have to recover. We can’t close up our nation, we have to open our school, and we can’t close up our nation, or you’re not going to have a nation.” 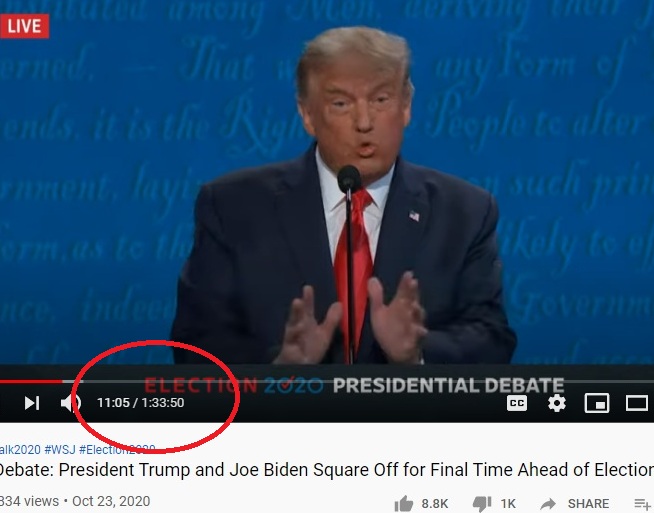 The claim that 99% of people recover from COVID-19 is glaringly misleading as the statistics of all known databases speak exactly opposite. Moreover, the stage of “recovery” in COVID-19 cases vary from person to person and country to country depending upon the medical facilities.

In many countries, those affected with the virus infection have been advised self-quarantine and hospitalization figures are far less than claimed. Mere hospital records do not support this figure as these include those discharged from hospitals, released from isolation, or those not identified as fatalities after a number of days post-disease onset.

According to the Johns Hopkins University of Medicine in the US which is mainly acknowledged as the repository of these statistics, there have been 3,353,056 recoveries with 8,406,718 cases reported in the US as of October 23. Hence, going by this record, the recovery rate of the US remains (shown above in video format) at 39.88% and not 99% as claimed by the President in his debate with opponent Joe Biden.