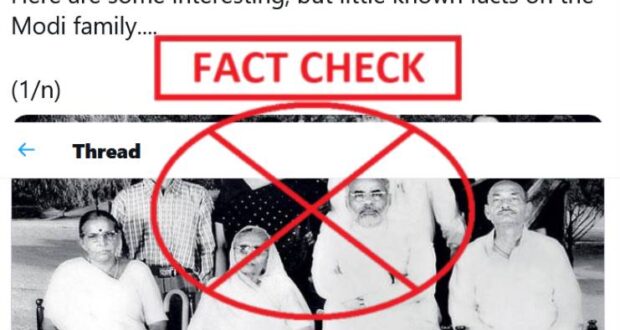 In a series of tweets, few netizens have delineated the family tree of Prime Minister Narendra Modi. The thread packs in 12 names and states the relationship the said person has with Modi along with their professions to highlight how “all of them are millionaires and some billionaires.” The thread specifically mentions that “1 to 4 are, PM Modi’s brothers 5 to 9, Modi’s cousins. 10 Jagjivan Das Modi, Uncle son. 11 Bhargava Kantilal, 12 Bipin are sons of Jayantilal Modi, PMs youngest uncle.”

The thread has gone viral with forwards being sent on WhatsApp too. One such forward was sent to Digiteye India team for fact-checking. 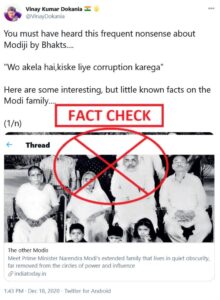 Link to the archived thread 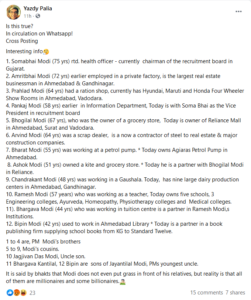 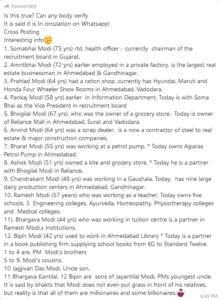 While the message did get the relations right, the claims made are twisted and tweaked with whatever information is readily available online. Our rating