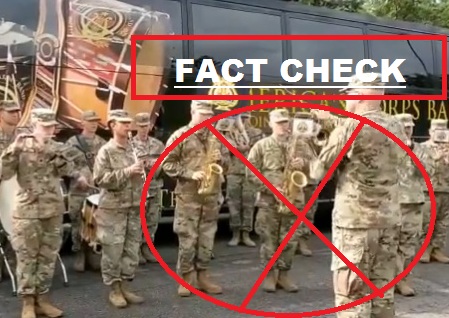 A video was shared on 74th Indian Independence Day celebrations on August 15, 2020 with a claim that US army band played ‘Jana Gana Mana’ as a part of the event. The 65-second-long video shows the US Army band playing Indian National Anthem with the caption claiming that the US military band was commemorating the day.

It was shared widely on Twitter and Facebook and Bollywood actor Raveena Tandon was among those who shared it, with a caption that said, “Today at West Point officers academy USA”. As of August 18, the video was shared 12,300 times as seen below: 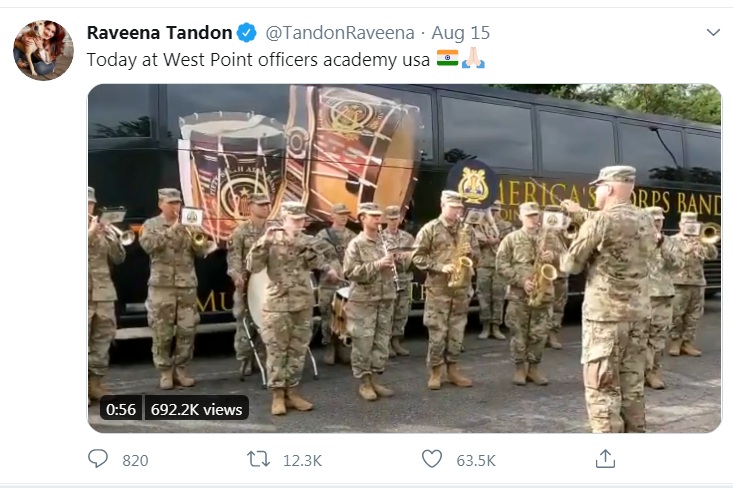 A simple check on an individual frame in Google Reverse Image search showed several search results of the video uploaded in September 2019 and the occasion was during the Exercise Yudh Abhyas 2019 at Joint Base Lewis, McChord. The US army band played it during the joint Indo-US military exercise and not on the occasion of India’s 74th Indian Independence Day celebrations on August 15, 2020 as claimed in the social media now.

The original video can be seen at the official US army page here.

the Exercise Yudh Abhyas 2019 at Joint Base Lewis,

The joint two-week military exercise was the 15th annual edition hosted in Washington State in 2019 after it was hosted in India in 2018. Taking part in it were U.S. Army Soldiers from the 1-2 SBCT and Indian Army soldiers numbering close to 700 soldiers in total. The Yudh Abhyas is one of the largest ongoing joint military training between India and the US to face threats of international terrorism.

Conclusion: The original video was not related to the 74th Indian Independence day as claimed. Our rating is Misrepresentation —