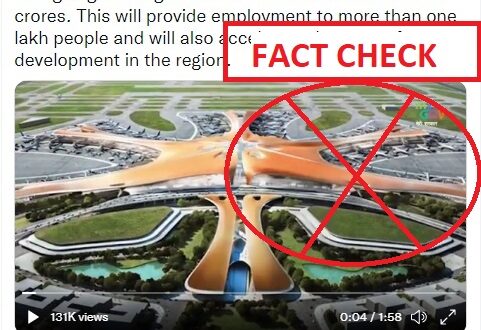 The upcoming Noida International Airport was coined as Asia’s “biggest” airport by several Union ministers when PM Narendra Modi inaugurated it on November 25, 2021. In all the images, the model of an upcoming airport was widely used without any accreditation.

Union Minister of Civil Aviation Jyotiraditya Scindia told media that the upcoming airport in Jewar, Uttar Pradesh, will be Asia’s largest. “The Noida International Airport in Jewar, Greater Noida, will be Asia’s biggest aviation facility and generate employment for more than a hundred thousand people,” he told ANI news agency.

Noida International Airport will be Asia’s biggest, to create employment for over 1 lakh people: Jyotiraditya Scindia

It was widely shared here and here.

As per the master plan, with 1,334-hectare area, the Jewar airport will be developed in the next 40 years in four phases in the Yamuna Expressway International Development Authority-notified area of the Gautam Budhha Nagar district, Uttar Pradesh.

The plan, prepared in collaboration with the aviation consultants at Landrum & Brown and experts from Zurich Airport International, will have six runways initially and two more runways once it is fully completed. However, the airport cannot be termed as the Asia’s largest airport as there are three other airports in India which have already surpassed the upcoming airport in terms of size and handling of passengers.

Since the Covid-19 in 2020 impacted, the latest numbers may not be accurate but the increase in passengers is likely to reach the 2019 level once the Covid-19 situation subsides for all Asian airports.

Secondly, the image shared in all tweets included the picture of Beijing International Airport, though meant to be representative. See the image below: 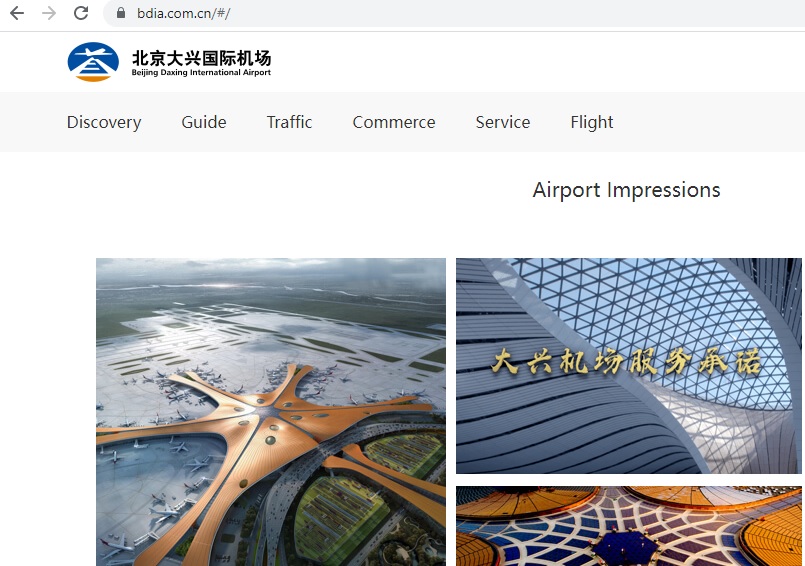 Claim: NOIDA International Airport at Jewar will be Asia’s largest airpot when completed.
Conclusion: Beijing Airport is and will remain Asia’s alrgest in terms of size and handling the number of passengers.
Rating: Misrepresentation —