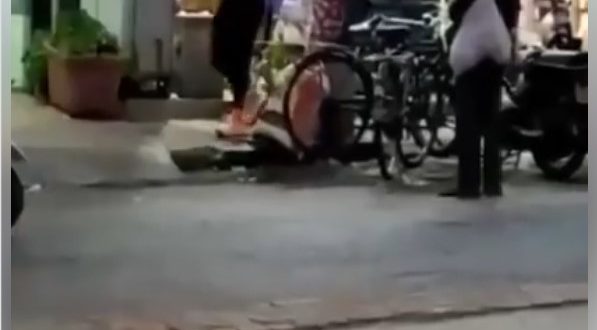 Deepika Padukone standing in line to buy liquor as wine shops open on May 1? Fact Check

The Indian government ordered that liquor shops will be opened from May 3, 2020 only in green zones for serving five customers at a time. After this directive, the nation saw huge lines of people outside liquor stores waiting for their turn to buy alcohol, despite a steep hike in percentage of new tax on alcohol.

In this context, Digiteye India received a video of a woman buying something from a store with a request for fact checking on WhatsApp. This video has been going viral on Twitter and Facebook with claims that the woman in the frame is Bollywood actress Deepika Padukone. It has also become a highly talked about issue on social media platforms stating how celebrities are experiencing social distancing without servants and drivers by their side. 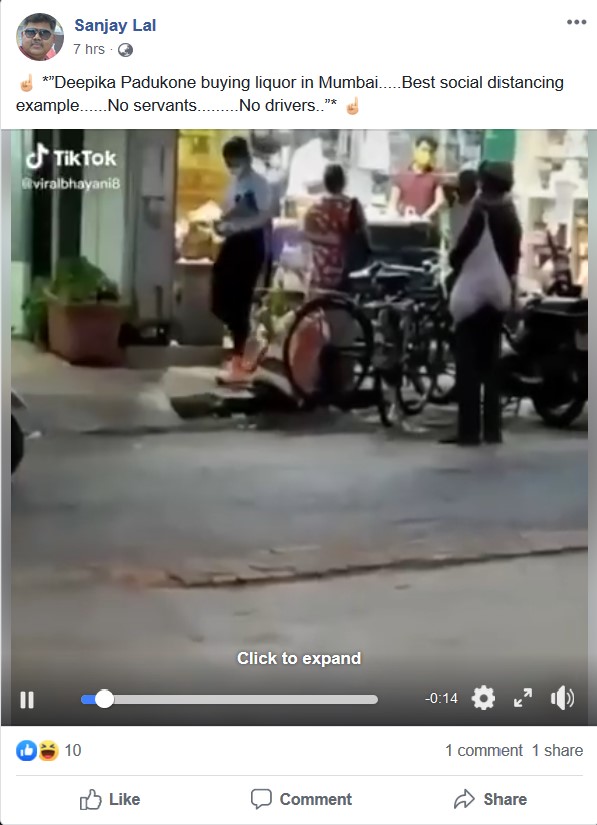 Some videos in TikTok are being shared with a claim that the celebrity was Padukone but in one of them on Twitter, we found a stamp of Viral Bhayani, whose TikTok id: viralbhayani8 was clearly visible. Bhayani is a celebrity photographer and a paparazzi photographer known in the media circles.

He stated clearly that it was a medical shop in Bandra, clearly mentioning the name of the celebrity as Rakul Preet Singh, a well-known actress in Hindi and Telugu films. See it below: 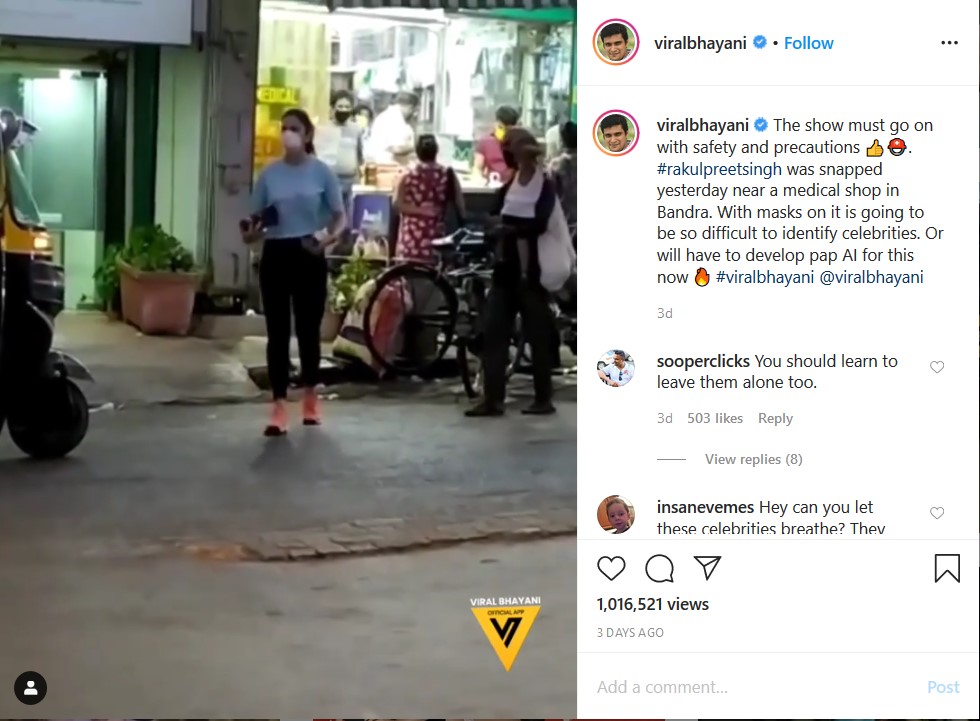 Bhayani had shared the video on his Instagram page with the caption, “The show must go on with safety and precautions 👍⛑. #rakulpreetsingh was snapped yesterday near a medical shop in Bandra. With masks on it is going to be so difficult to identify celebrities. Or will have to develop pap AI for this now 🔥 #viralbhayani @viralbhayani”. 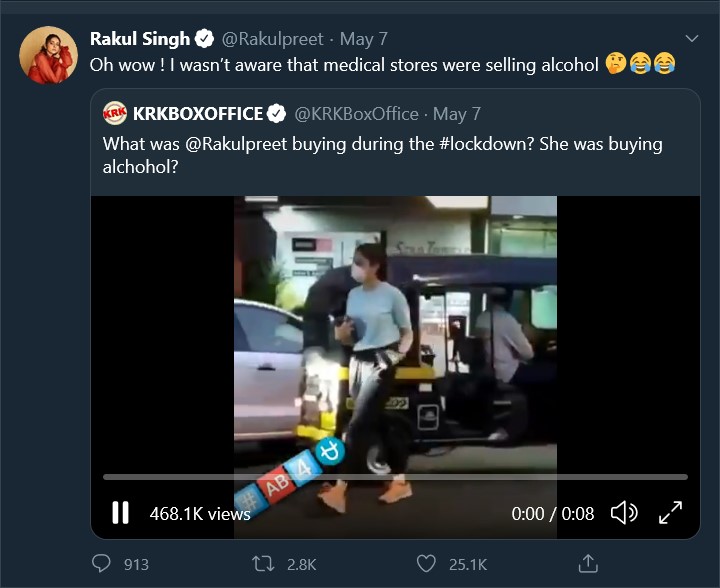 Rakul Preet Singh, who has noticed the brouhaha on social media, soon took to Twitter and tweeted: “Oh wow ! I wasn’t aware that medical stores were selling alcohol”, thus putting all speculations to rest.

Mumbai BMC withdrew this relaxation on the sale of alcohol two days after the incident on May 5, since people were seen openly flouting social distancing norms. It allowed only groceries and medical stores to remain open.

The woman in the video is not Deepika Padukone but Rakul Preet Singh. She is not buying alcohol as claimed but buying medicines from a medical store in the background. All the claims made in the video are totally false. Our rating ?????- Totally False.