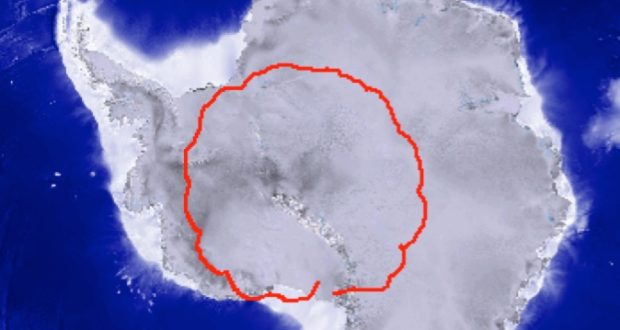 The internet has been abuzz with claims that NASA discovered a parallel universe where time moves in the opposite direction. Several newspapers have carried the story that has topped Google search trends on May 20 and 21, mostly starting from tabloids like the New York Post, Express and the Daily Star—quoting each other—that NASA scientists have evidence that could prove the existence of parallel universes.

See Google graph for the search string Parallel Universe on May 21 for the past 24 hours:

All the news outlets claimed that NASA has discovered this parallel universe and here are some results on Google search: 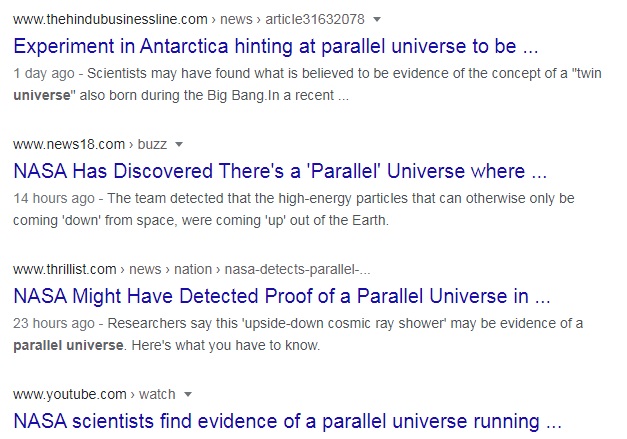 Among others, a news story in New Scientist reported that a NASA team is operating the Antarctic Impulsive Transient Antenna (ANITA), a radio detector mounted on a balloon flying at a height of 37,000 meters to identify air showers caused by the entry of cosmic-rays in the Earth’s atmosphere. Since Antarctica has no radio noise that can distort the readings, ANITA hovers over it.

The antenna discovered a “wind” of high-energy particles travelling upward from within the Earth, rather than downward stream from outer space as known in physics so far. Extrapolating it, a researcher, Peter Gorham, cited the theory that a parallel universe may exist, and in it time flows in reverse.

In fact, the theory of parallel universe is as old as fiction and many Hollywood movies have been made based on this presumption. In popular sitcom ‘Big bang Theory’ lead actor Leonard visits Antarctica with Sheldon Cooper to make a “ground-breaking discovery” but in vain. No wonder, the claim attributed to NASA this time has gone viral.

A close scrutiny of what the ANITA project found in 2006 and in 2014 was about the phenomenon of some particles that behave different from what’s known in physics. Or it may even have to do with the ice in Antarctica, where the particles were found. The weird upside down movement of particles could mean that somewhere, time moves backward, hence, the idea of a parallel universe, in which both time and physics behave differently, has been brought forward as possible explanation.

Ron Ekers, an honorary member of Australia’s national science agency, told CNET: “After four years there has been no satisfactory explanation of the anomalous events seen by ANITA so this is very frustrating, especially to those involved.”

But NASA has not discovered this parallel universe as claimed by some headlines. There’s no mention of such claim on NASA website. If NASA really did discover a parallel universe where time moves in the opposite direction, it would have given the news through the official statement with due credit to the researchers.

Conclusion: As these claims are not by NASA, the tweaked attribution to possible parallel universe is Misrepresentation