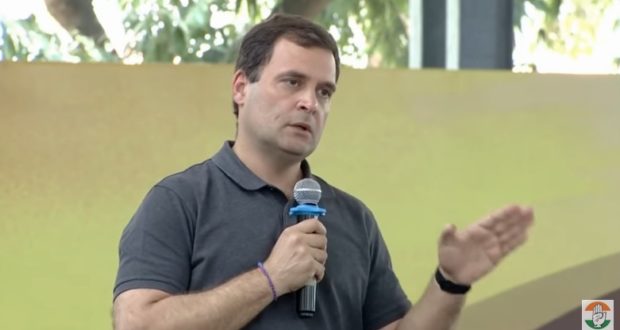 “In this respect, South India is much better than North India. If you go to Uttar Pradesh or Bihar, you will be shocked to see at the treatment of women there,” says Rahul in a video being circulated.

He was speaking at the Stella Maria College women students in Chennai, Tamil Nadu on Wednesday, March 13, 2019. Here’s the video shared by some right-wing users on Twitter who argued that Rahul Gandhi is dividing the country, including film director Vivek Agnihotri:

Oh my… my… my…. OMG. @RahulGandhi’s entire khandaan has contested from UP and here he makes fun of North Indians. @smritiirani pl ensure everyone in Amethi gets to know about this hypocrite. pic.twitter.com/KiXylymsDV

But Digiteye India team realised that it was not entirely true and the video was clipped to show only some parts to mislead people.

We see in the full video that one of the college students was questioning Rahul about discrimination against women. (Watch from 42:00 minutes onwards) Responding to that Rahul Gandhi said:

“Women’s equality in India is not adequate. But South India is much better off than in North India. If you go to Uttar Pradesh or Bihar, you will be shocked to see the situation of women there… I am one of those who believe that women should be encouraged to take leadership positions,” said Rahul, promising to make 33% Women Reservation Bill passed in 2019, if their party comes to power in the elections.

Is there any truth in Rahul’s words about Uttar Pradesh and Bihar?

According to the latest report released by the National Crime Agency, which lists atrocities against women, especially, dowry harassment cases, which are much higher in Uttar Pradesh and Bihar than in the southern states of India. See the table below: 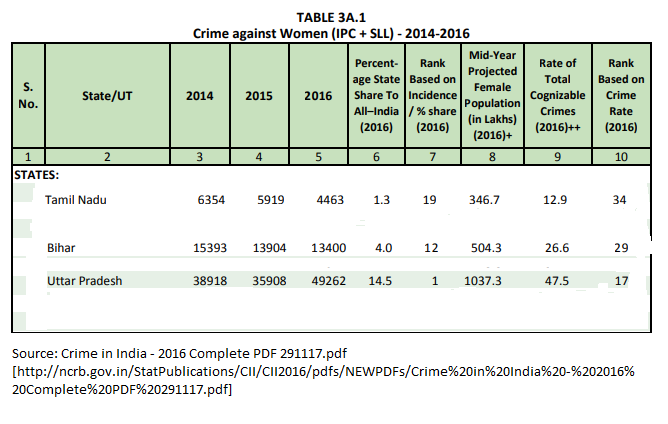 Conclusion: Since the statistics are right, the claim that Rahul Gandhi is insulting women in North India is an extremely exaggerated version. Our rating of this claim is ? or exaggeration.