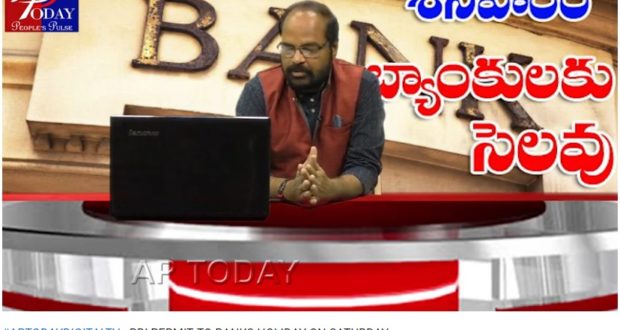 This broadcast on AP Today Digital News channel on Youtube.

Currently, as per the guidelines issued by the regulatory central bank Reserve Bank of India (RBI) in August 2015, all banks will be closed on every second and fourth Saturday of the month.

The decision came into effect from Sept. 1, 2015, but bank associations have long been clamouring for all Saturdays to be closed holidays for banks, similar to the norm for all central government employees in the country.

On April 20, 2019, a WhatsApp message started appearing in many smartphones via WhatsApp stating that the RBI has approved to implement the five-day week work conditions for all banks. See the message on WhatsApp: 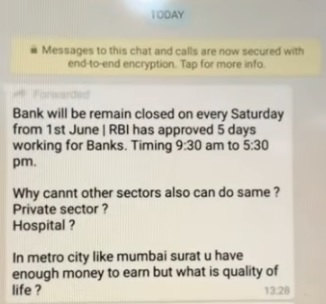 This WhatsApp message was shared on some WhatsApp groups on April 20, 2019. (WhatsApp)

It was picked up by some Youtube TV news channels such as APToday Digital TV as shown below:

The above video clearly states that Saturday will be a permanent holiday for the banks and the anchor in Telugu states that RBI has cleared this new rule.

The claim has been fact-checked by Digiteye India team and it was found that the claim was never made by the RBI anywhere on its official communication channels. Some denials have also appeared on social media. In fact, this false claim has been in vogue since 2015. Though the RBI made every second and fourth Saturdays in a month holidays since Sept 2015, this false claim keeps appearing on social media platforms. 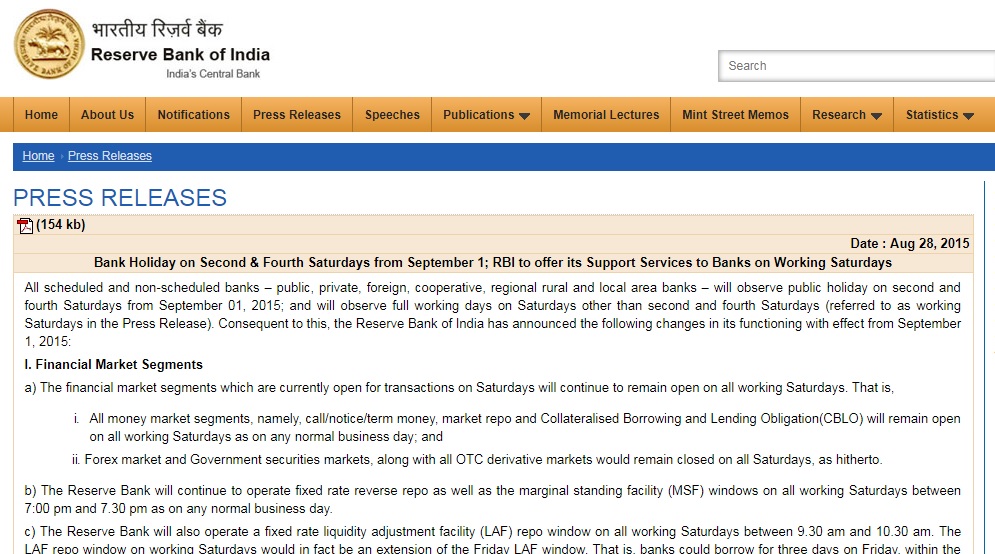 Conclusion: This claim has been proved totally false as RBI has not given any such guideline after its last guideline issued in August 2015. Our rating of this claim is totally false. ?????