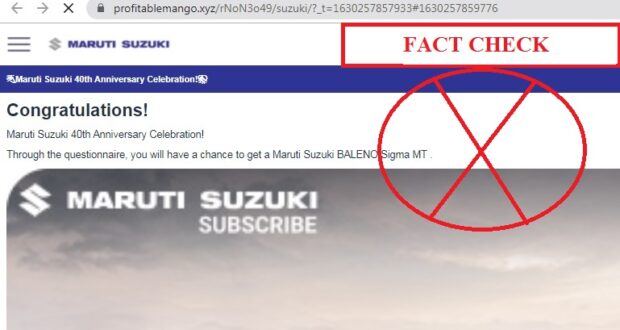 Clickbait sites claiming to offer freebies after sharing the message of a contest with a certain number of contacts on WhatsApp is not new. Especially, when it is linked with the anniversary of a popular brand.

As car maker Maruti Suzuki is completing its 40 years in India, it was being used as a bait for people who tend to fall for the bait in the name of winning a Baleno luxury car. Here it’s making rounds among the users on WhatsApp: 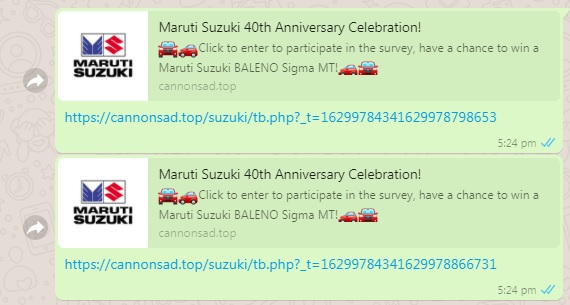 Through the questionnaire, you will have a chance to get a Maruti Suzuki BALENO Sigma MT .” 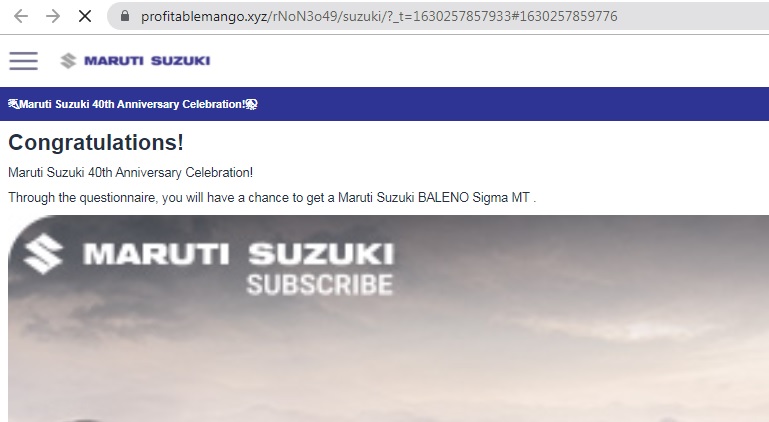 It was also filled with anyonymous users certifying to sound as if a true contest and claiming that they won and received the car: 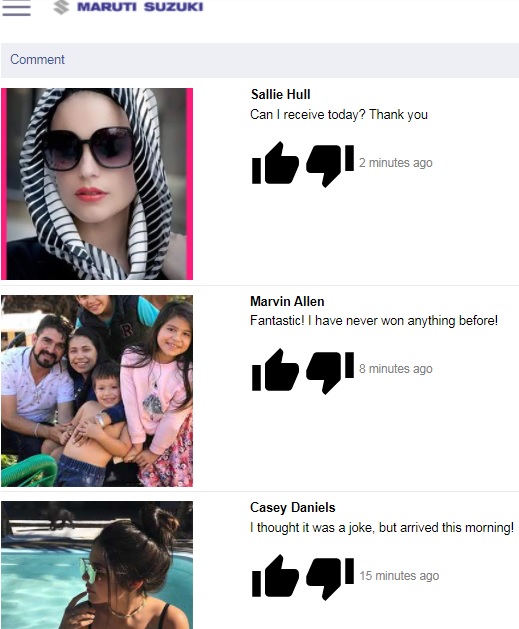 One user said, ‘Congratulations’ and wrote, “I won the Ballino today, is someone here who won it…” 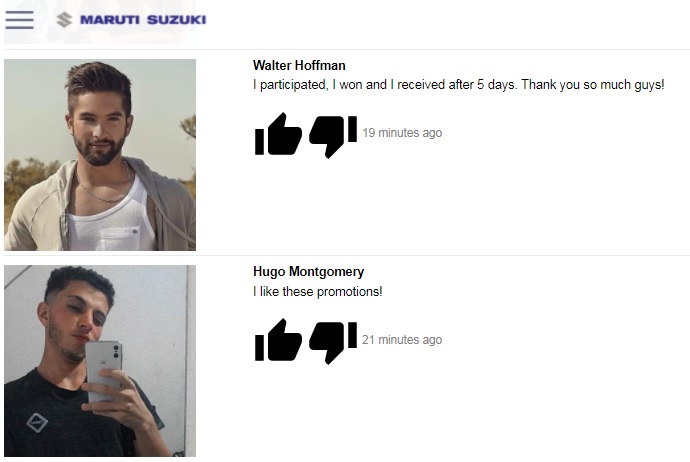 Another one using the name of Walter Haffman said, “I participated, I won and I received after 5 days. Thank you so much guys!”

Last year, a similar contest coinciding with the Cadbury’s 196th anniversary was debunked by Digiteye here.

When the Digiteye India team received the message, it opened the link to check and answered the four simple questions anybody could answer. Then a page with random claim dots appeared. When one out of the three dots was opened, a message congratulating the person appeared offering the car after the message is shared with five others on WhatsApp. The thread goes on and it asks the user to share his details which can be used for fraudulent means.

While it is true that Maruti Suzuki is completing 40 years in India, there is no news about this offer which the brand has offered. There is no publicity of any such offer on their official platforms in India. In a message to Aaj Tak, the company denied the buzz.

In fact, the Last year, due to the lockdown, Maruti Suzuki  was in loss for the first time in 17 years. It had reported a loss of about Rs 249 crore due to the Covid pandemic lockdown in the country.

Claim: Maruti Suzuki is offering free Baleno car in a contest on its 40th anniversary in India.

Conclusion: It is a hoax and an unverified website, which may trick users to give out their details or redirect them to download unwanted software.