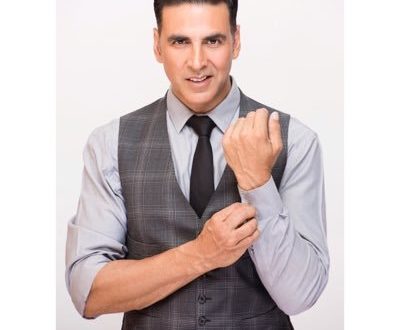 Desperation ahead of polls is natural but here’s a new way of interpreting history while seeking votes. Strange interpretations in these images being put out on different platforms of social media tend to misinform people.

The following image was put out by @BJPalindia that has vowed to reinvent strategy to save Narendra Modi from Rahul Gandhi. It says that the Nehru Gandhi family has come to power at the expense of Sardar Patel, Lal Bahadur Shastri and Atla Bihari Bajpai. Now do not let Rahul do the same to Mdoji, See the picture here: 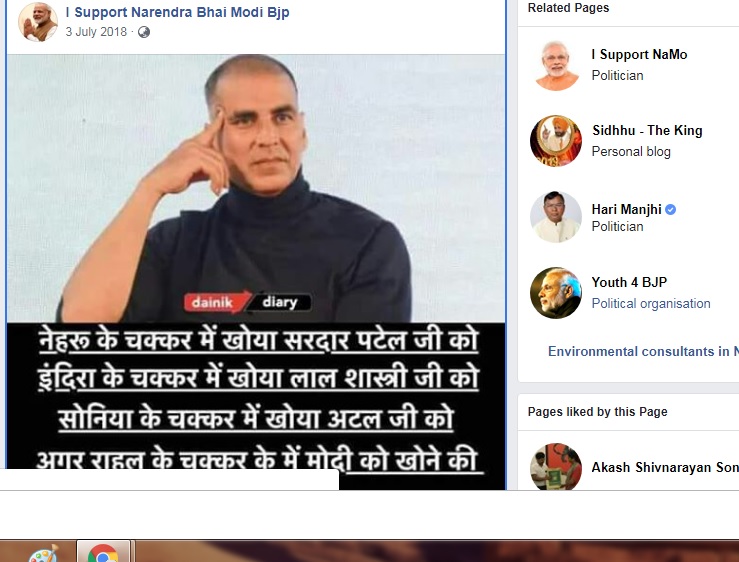 “Because of Nehru, Sardar Patel lost, because of Indira, Shastri had to lose, but if we lose Modi because of Rahul, it would force every Hindu to offer Namaz in mosques.”

Essentially, the wording is aimed at inciting hatred and creating a sense of insecurity among Hindus using the so-called religious threat from the minority community. Further, using Bollywood hero Akshay Kumar’s image to send out this message, is a fallacy and a way to garner more shares and likes.  It conveys the message that Akshay Kumar endorses the message or has said it

The facebook account used was @BJPalindia which has been sharing images insinuating the leaders from the rival Congress party.

Using Google reverse imagery we found out that this image of Akshay Kumar was a screen shot and little more digging revealed that it had been taken from a panel interview for the movie Padman at the Innovation Conclave. Here is a YouTube link to that interview

There is no political commentary made by Akshay Kumar during the whole interview.