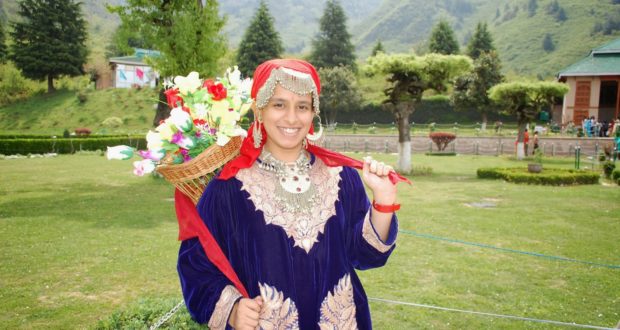 Image used by Rajesh Pulaskar in 2014 in his blogpost

Amid a hyped spirit over the abrogation of Article 370 of the Constitution, Bharatiya Janata Party Rajya Sabha MP Vijay Goel from Delhi has gone a step ahead to put up a poster claiming it to be of a Kashmiri woman in support of it, just in front of his official residence.

When Digiteye Team checked for the image in Google Reverse Image, it threw up older photos of the same woman, wearing a pheran and smiling. It has been used prominently on “Zeero Kaata” website of a studio on Kahsmiri jewellery on June 6, 2018.

However, this is not the original owner of the photograph but the original person who had used this picture was Rajesh Pusalkar, a blogger, way back in 2014 in his blog rajeshpusalkar.blogspot.com, which can be reached at this link: 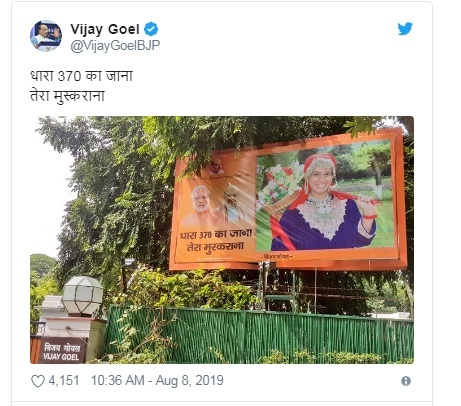 In 2014, he wrote about his trip to Kashmir and the photograph of the woman was apparently of not a Kashmiri but of a tourist. It is common for all women tourists to put on pheran that is on lease at studios and give a pose for photos.

Conclusion: Vijay Goel has used an old photo with a caption that never fits the description, making it a fake tweet on the social platform. Our rating of the claim is totally false ?????.