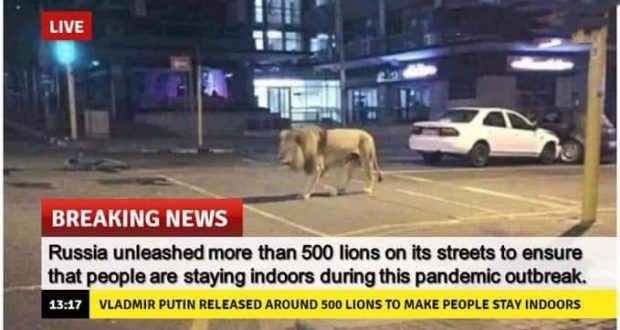 Has Russia released 500 lions on streets to keep people inside? Fact check

A message has started making rounds on WhatsApp that Russia has taken harsh measures to keep people confined to their homes due to novel coronavirus outbreak. See the message below: 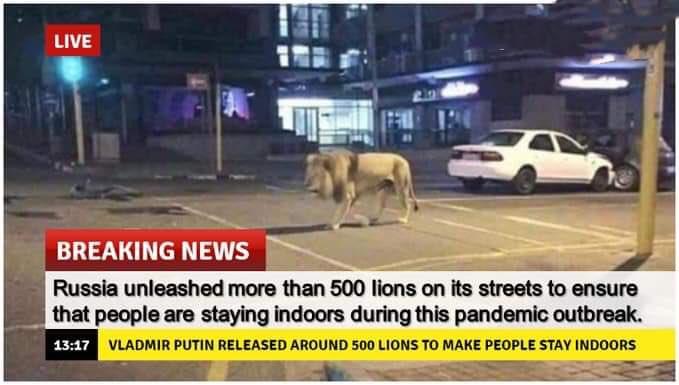 The image claimed that Russia unleashed more than 500 lions on its streets to ensure that people are staying indoors due to the coronavirus pandemic outbreak. The news apparently out at 13:17 local time, says Vlamir Putin released around 500 lions to make people stay indoors.

Digiteye India took it up and searched for the image on Youtube with strings such as “lion on city roads” and here’s the list of results: 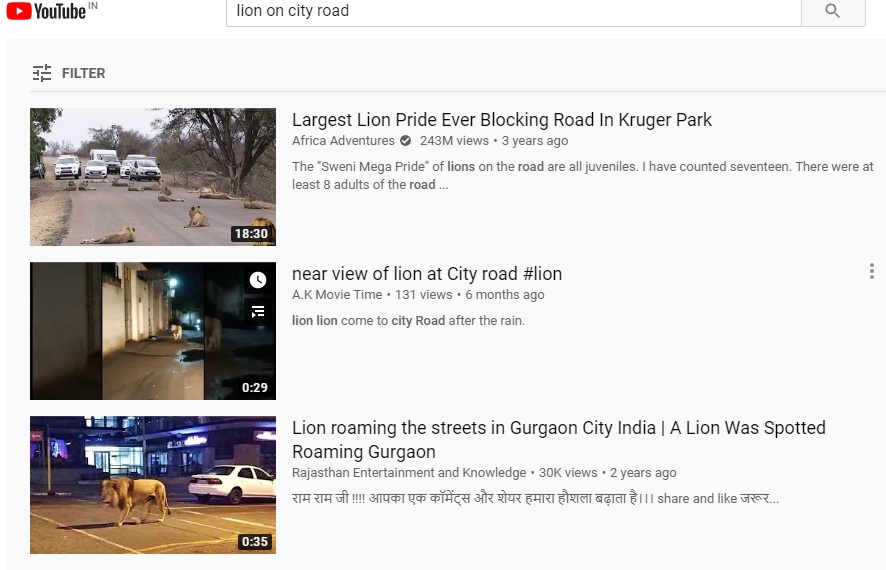 Image of lion on city streets was shown in the third video which was merely a cover image for the video that opens in narrow filming. It belonged to a two-year-old video when a lion was spotted roaming in Gurgaon near New Delhi.  Here’s the video with a cover image that was the same as used in the false coronavirus message on Russia:

Unlike China and South Korea, Russia has reported only one death so far and over 300 cases but not imposed any lockdown.

Conclusion: The video and image were uploaded on Youtube on December 13, 2017 and it was viewed 30,710 times so far. The claim with a screengrab from an apparent news channel being circulated on WhatsApp now is totally false. Our rating is ????? Totally False.