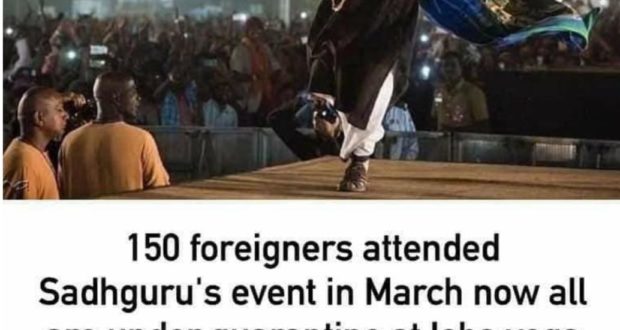 Sadhguru dancing when Coronavirus is around? Fact Check

Digiteye India received a WhatsApp image suggesting that the image of Sadhguru Jaggi Vasudev, founder of Isha Founation in Tamil Nadu was not as per the Coronavirus guidelines. It carried a caption that said: “150 foreigners attended Sadhguru’s event in March now all are under quarantine at Isha yoga foundation. 1000+ cases confirmed in TN, but media is only afterTablighi Jamat. This exposes Govt & media’s Islamophobia!” 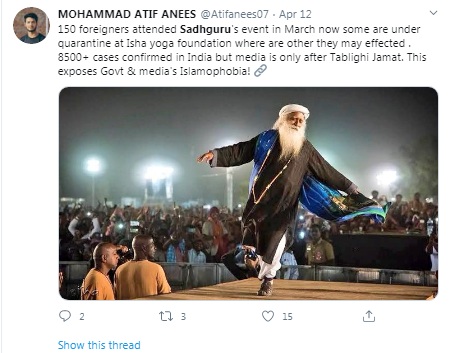 Sadhguru’s Isha foundation responded to these rumours and said:”… The Mahashivaratri event which was held on February 21 and now after 50 days since Mahashivaratri, no one is reported with the symptoms for coronavirus and did not violate any government orders. No one is under quarantine at Isha Yoga Center. The Isha Foundation told Salman Nizami that your irresponsible statement without basic fact-checking is highly inappropriate in this time of crisis.”

The video is uploaded soon after the Maha Shivaratri event at Isha Foundation on Youtube on Feb 21, 2020, hence, the claim that it was an event in March is totally false. The second claim is pertaining to 1,000 coronavirus cases confirmed in Tamil Nadu, which is true but not in Isha Foundation. The Hindu has confirmed that 150 foreigners who visited the event are under self-quarantine as per the government rules but they had come before these rules were implemented.

Conclusion: The claim that 150 foreigners attended Sadhguru event in March is Totally False. They are in quarantine in the Ashram but it is not confirmed how many of them are affected by Coronavirus. Our rating of the claim is ??? Misrepresntation.