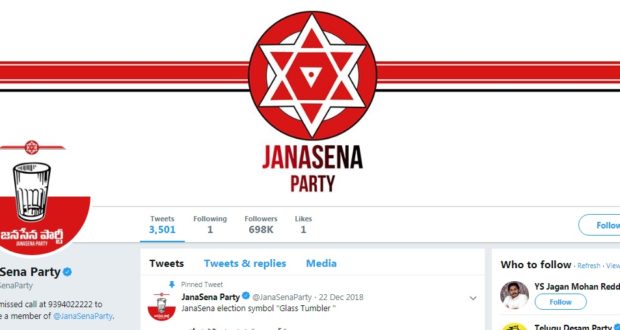 Did Janasena Party give away 1000 smartphones to party workers? Fact Check

The Twitter was abuzz with messages that the Janasena Party of actor-turned-politician Pawan Kalyan is giving away 1,000 Oneplus 6T phones, each at a cost of Rs.38,000.

Here are some tweets captured by Digiteye India: 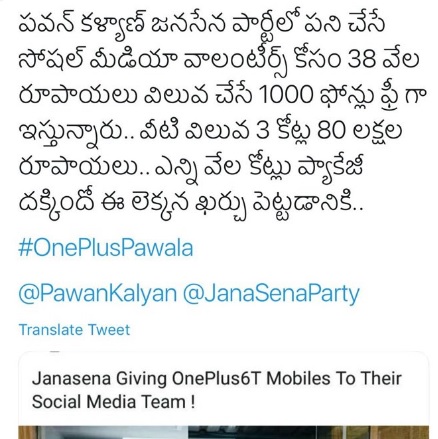 It reads: “Pawan Kalyan’s Janasena is providing Rs.38,000-worth smartphone each to its social media team members free of cost. The total amount is Rs.3.8 crore. To spend this way, how many crores did they get as a package?”‏

The mention of the total cost pegged at Rs.3.80 crore has raised several eyebrows in Andhra Pradesh where the party is gearing up for the upcoming Assembly and Lok Sabha elections.

Digiteye India team took it up and searched further. It was found that the news was exaggerated to suppress the real truth. Our team found that these 20 phones have been donated by Janasena Party’s supporters in Houston, US, and the party has made it clear as below. These phones have been given to Janasena’s Social Media Team, indicating that they are meant for party work. 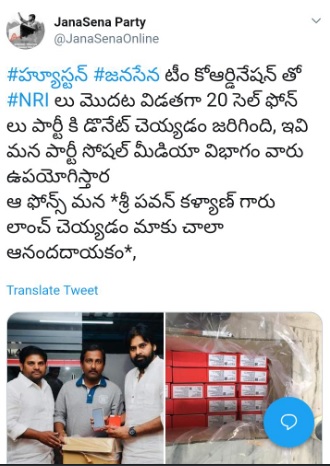 The statement in Telugu reads: “In coordination with Houston-based team of Janasena, 20 mobile phones have been donated to the party in the first phase. These phones will be used by our Social Media team. We are glad that our Pawan Kalyan (party chief) has launched these phones.”

The initial messages on social media tried to mislead people that the Jana Sena Party of Pawan Kalyan is providing freebies in the form of costly smartphones to party workers but the truth is that they are for the party work and also the figure 1,000 was not true as only 20 phones have been openly given to party social media team workers by its leader. Rating: ? (Exaggeration)