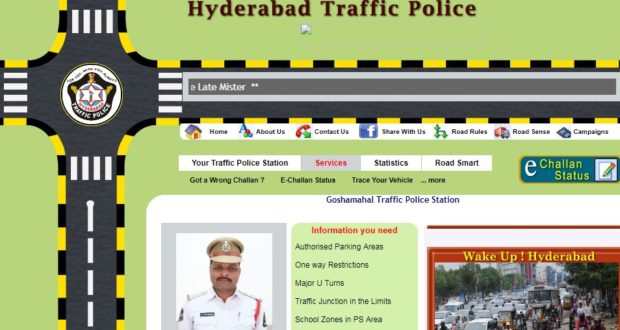 A message that surfaced on social media, two years after a similar event, made many people fall for it and rush to pay half penalty in Hyderabad for traffic violations.

The message in WhatsApp claimed that the Hyderabad Traffic Police will reduce 50% of the challan or traffic violation penalty amount at a special Traffic Lok Adalat event to be held on Sunday, December 23, 2018, and the venue was mentioned as Ghosha Mahal Stadium in the city.

The news soon spread like a wildfire and hundreds of people rushed to the stadium on Sunday and stood in line.

It was only when the traffic police of Hyderabad reached the venue and denied that any such event was scheduled or announced, did the people in queues realise that it was a fake news put out by miscreants on Facebook and Twitter. Soon Hyderabad Traffic Police issued the following clarification on Facebook:

In fact, the above Lok Adalat was being conducted to settle cases pertaining to pending civil cases related to accidents, banking etc., and not for traffic penalties as claimed in the WhatsApp message, said the city police in its post as shown above.

They have also put up a notice outside their head office as seen in the picture below stating that the Lok Adalat was a fake news. 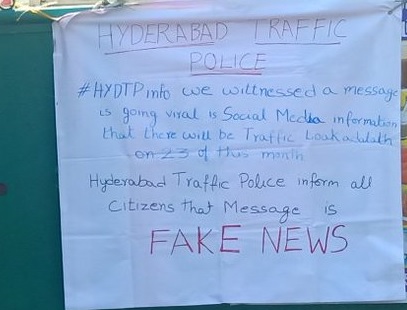 The traffic police has further made it clear that they will post all challans on echallan.org and no one should believe in such false rumours.

Conclusion: This news stands out as a testimony by some miscreants to mislead people, taking advantage of similar events taking place. Our rating of this claim is ??? – Misrepresentation of an event.