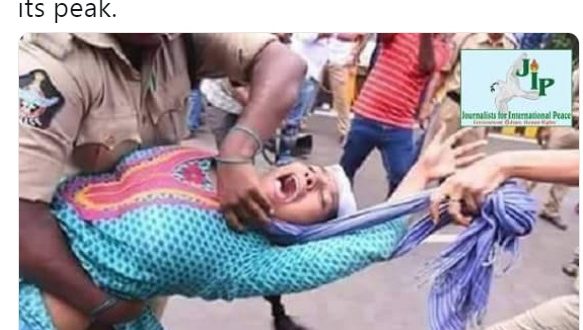 Indian State terrorism in #Kashmir. Cruelty at its peak. pic.twitter.com/jlomtgi1rN

The caption said India’s terrorism in Kashmir has reached its climax. It was picked up by Pakistani national security analyst Jameed Hamid on Twitter asking Pakistani Prime Minister Imran Khan to tell Indian PM Narendra Modi to stop such acts. It has been widely shared as an evidence of the current situation in Kashmir. See the image and caption here: 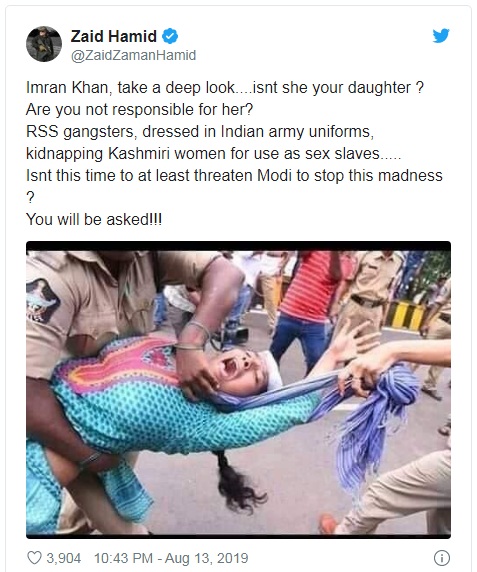 However, Google reverse image has shown that the picture was not of Kashmir protester but that of a communist activist who was being removed by Andhra Pradesh police. The actual protest was held by the student wing of CPM, that is the Student Federation of India (SFI), who were on hunger strike over the closure social welfare hostels in Vijayawada on July 26, 2016 and it was posted by the CPI (M) on its official Twitter. 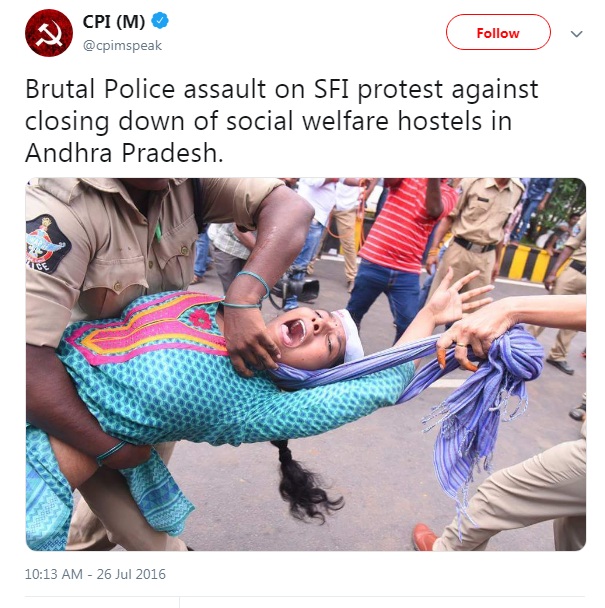 This is the original picture uploaded in July 2016 on Twitter 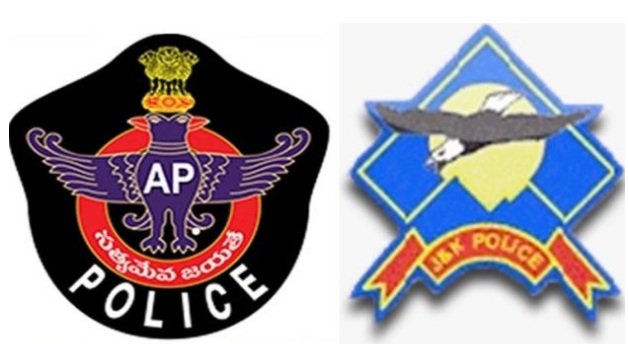 So, the picture was wrongly used to misinform people. The claim is rated under Totally False (?????).