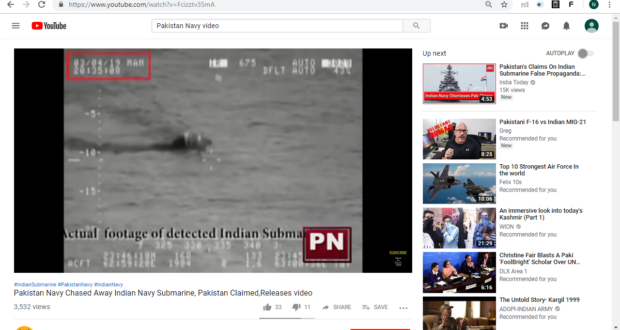 Amid border tensions, Pakistan claimed that its navy detected an Indian Navy submarine trying to enter its territorial waters and that it successfully thwarted the attempt. A video of the Indian submarine entering Pakistani waters was released by the Pakistan Navy and the news has gone viral on social media and was picked up by Pakistani TV channels.

The Pakistan Navy successfully thwarted the attempt of Indian Submarine trying to enter Pakistan’s water. The submarine was not targeted by the Pakistan Navy keeping in view the government’s initiative of peace in mind pic.twitter.com/yDHrm7Bvoj

A spokesperson of the Pakistan Navy has also claimed that they used their “specialised skills” to stop the Indian submarine from entering Pakistani waters. See the video currently being used on Pakistan TV channels here:

While further checks on Youtube Dataviewer revealed no clue that it was an old video, a random check on submarine videos aired by Pakistan in the past helped us to track a similar video aired on Newsone Breaking and Dawn Youtube channel in 2016. 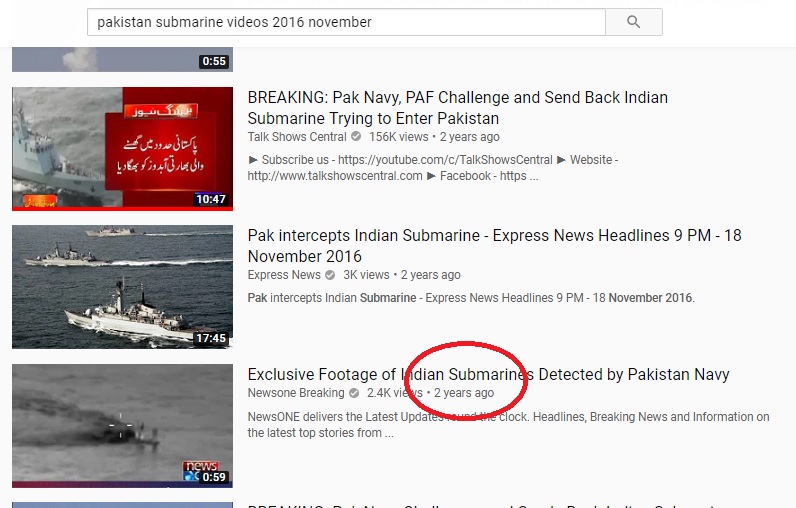 Here’s the original video of Indian submarine uploaded on Youtube in 2016.

The above video uploaded on November 18, 2016, by Dawn News on Youtube uses the same footage as is being shown on many videos being put out by Pakistan TV channels, including Newsone Breaking. The claim was the same that the Indian submarine was spotted in Pakistan territorial waters and the bid was successfully thwarted. The same video with a similar claim has been repeated again now.

Conclusion: The video footage is the main source of the Pakistan Navy’s claim, it is a recycled video. Our rating of this claim is ??? Misrepresentation.