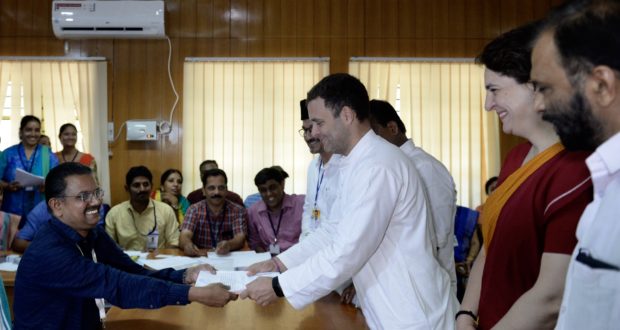 Muslim League flags all over Wayanad.
2)Dilution of AFSPA promised in Kashmir, to please jihadis and kill our jawans.
3)Seditions act being removed to help traitors. *Tukde tukde scums *
Their agenda seems to be to weaken India. Rahul Gandhi for you!! #2019LokSabhaElections pic.twitter.com/86BZuCh66j

On the eve of Rahul Gandhi’s rally in Wayanad on Thursday, April 4 after filing his nomination papers, tweets started surfacing on social media that the Islamic flags were shown in support of him. Soon some tweets started describing them as Pakistani/Islamic flags as seen below:

@Padhalikha tweeted, “There are more Islamic flags at Rahul Gandhi’s rally than Indian flags.” Soon, he upgraded his remarks saying, “If Rahul Gandhi comes to power. Forget Kashmir. You’ll have 500 Kashmirs in entire India. Just look at the number of Pakistani/Islamic flags in his rally.”

You’ll have 500 Kashmirs in entire India.

Just look at the number of Pakistani/Islamic flags in his rally. pic.twitter.com/80qra2WHSB

Numerous such tweets were going viral on Twitter with the videos showing IUML flags which was a coalition partner of Congress in Kerala for decades. The flags are IUML flags and no Pakistani flags as claimed in this tweet. Soon, @Padhalikha said, “There are more Islamic flags at Rahul Gandhi’s rally than Indian flags.” 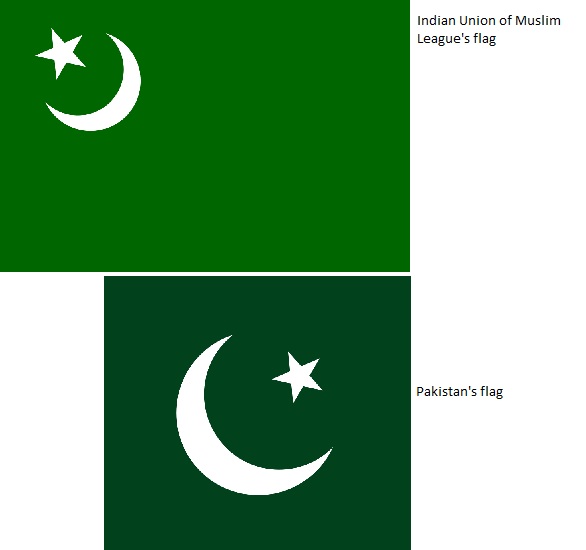 IUML flag (above) and Pakistan flag (Below)

The truth is that IUML was founded in 1948 and it was an Indian political party as the name suggests and as per the recognition extended by the Election Commission of India. The flag of IUML (above in image) is different from Pakistan’s flag and is entirely in green without white strap seen in Pakistan’s flag shown below IUML flag in the image.

Conclusion: Due to the crescent moon, very often IUML flags have been confused and described as Pakistani flags. Our rating of this claim is ??? Misrepresentation.