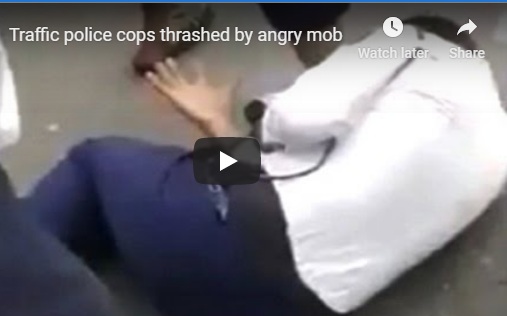 A video showing crowds attacking two policemen is being shared on Facebook as anti-CAA protesters beating them. It was shared on facebook with a caption that reads, “Muslims beat police for issuing a challan to them.” It has urged all viewers to share the video widely.

“For humanity’s sake, I beg you to please send this video to every group.” On Facebook, this message posted on January 11, 2020 by one Nikhil Kumar received more than 9,000 shares and over 1 lakh views [Removed now from Facebook]. 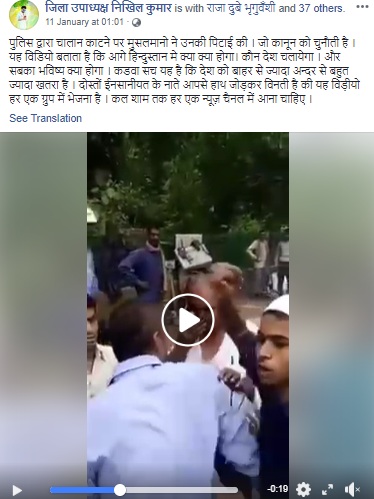 Old video of traffic policemen being thrashed by angry mobs in Gokulpuri, Delhi

On Twitter too similar video was shared widely urging action.

A thorough search on YouTube by Digiteye  India team using search strings — traffic cops+beaten — showed the original video that was four years old and was part of a news report by NDTV India aired on July 14, 2015. The incident took place in Gokulpuri area in Delhi. It said: “Two traffic police cops were thrashed by a crowd in Delhi’s Gokulpuri after they stopped three men on a bike for not wearing helmets and for triple riding.”

The incident in 2015 was widely reported and the clash between the crowd and the policemen was over issuing a challan for breaking traffic rules. Later, two persons were arrested and a case was registered against them. However, in view of the current protests against the Citizenship Amendment Act, the video was revived and recaptioned to show the protesters in bad light.

Conclusion: The video was four years old but was tweaked to show one community in bad light in view of the current anti-CAA protests in Delhi. Our rating of the claim is ??? Misinterpretation.