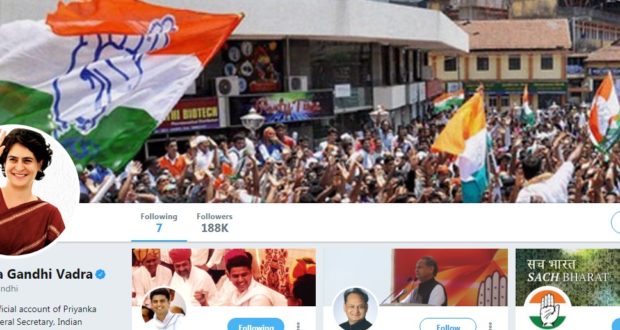 Congress spokesperson Priyanka Chaturvedi has tweeted a collage of photographs on Monday to showcase the rally held by Congress in UP on the eve of Priyanka Gandhi joining active politics as General Secretary of the party, in-charge of Eastern Uttar Pradesh. 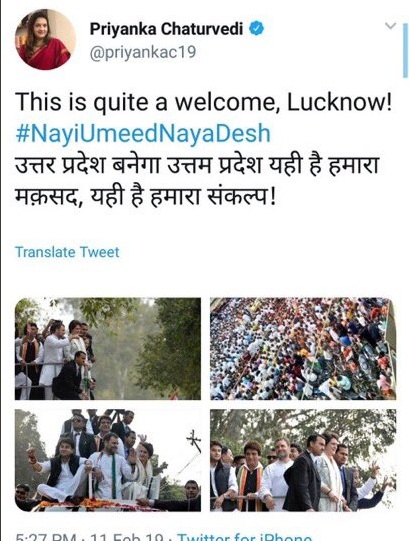 While Digiteye India team searched for the image in Google Reverse Image, it threw up no results. Then we checked Twitter, and it threw up a December  2, 2018 picture that was used by a Twitter handle @Kkdtalkies.  It was, indeed, a photo of Gazwel election meeting, which is in Telangana. On further research, we could locate the image as a screengrab from a news video belonging to Vaartha Vaani, an online TV news channel in Telugu.

Gazwel is the constituency of Telangana chief minister K. Chandrasekhara Rao and his main opponent was Vanteru Pratap Reddy from Congress. The image was part of the video shown below. It was posted on Youtube on December 4, 2018, during the Telangana elections in December 2018. 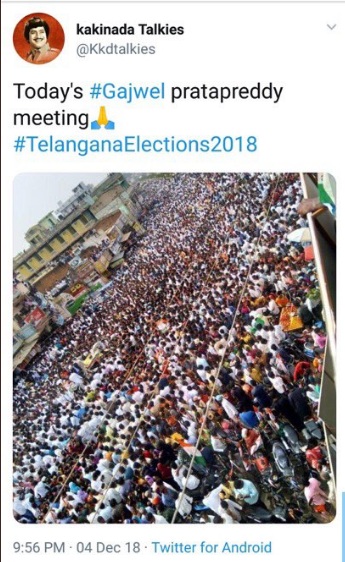 Conclusion: The photo used was obviously not the right one and hence misleading. Our rating is ?? (Misrepresentation).