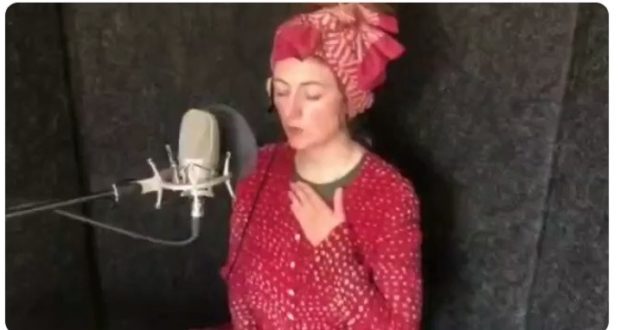 Sanskrit slokas on Spanish Radio in the morning? Fact Check

Digiteye India received a video of a woman reciting Sanskrit verses for fact check. When searched on social media, it was widely shared by thousands of viewers on Facebook and Twitter with a claim in Hindi that said the foreigner was delivering sacred verses on a Spanish radio station to eard off the coronavirus. The three-minute video, published on Facebook on March 24, 2020, recorded more than 2,600 times.

Shared by many on facebook, the captions varied from a simple note that Sanskrit hymns are being broadcast on Spanish radio in the morning to some who claimed that the Sanatan Dharma has come to the rescue of people during the crisis. See the claims on Twitter as below: 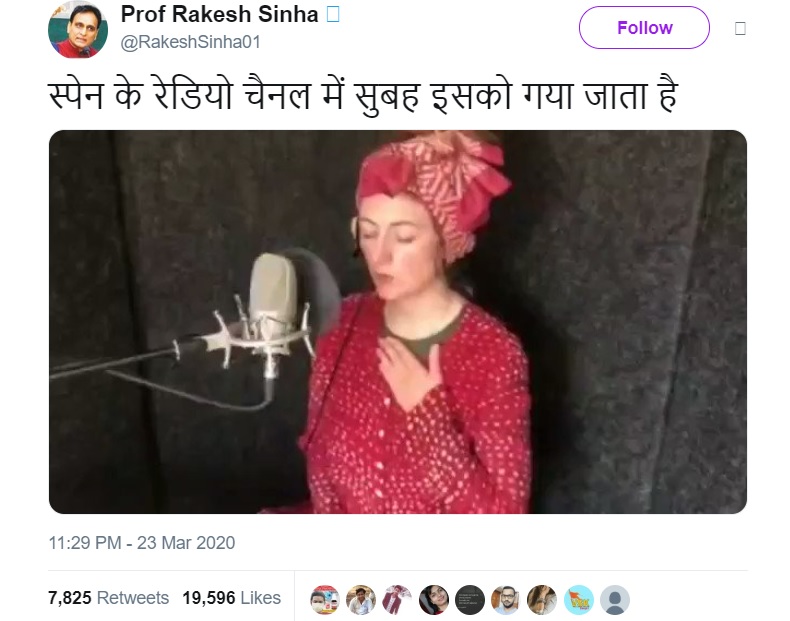 The verses in Sanskrit, translated into English, reads:“Oh Lord, giver of food, may you provide us with health and energy. The foolish man wins food with fruitless labour. That fruit, I speak the truth, shall be his ruin. Who feeds no friend, no man to love him. All guilt is he who eats alone,” before ending the verse with Om Shanti (peace) thrice as per the norm.

When the Digiteye India team took it up for photo-frame cut, the InVid video verification threw up the original video that was made by a London-based Sanskrit teacher who rcorded the footage and published it first on her official social media account in November 2019. The COVID-19 hit Spain in February 2020. Spain has been under lockdown since the beginning of March to combat the coronavirus.

Here’s the larger and original version of the video, published on Youtube on November 19, 2019 by London-based Sanskrit tutor Gabriella Burnel. Her YouTube channel Gaiea Sanskrit has the video among others.

Conclusion: The claim that the Spanish Radio recites Sanskrit slokas every morning is not true. Our rating of the claim is totally false ?????.