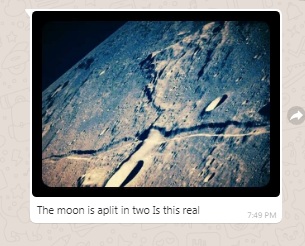 Digiteye India received an image from a contact on WhatsApp that showed the moon was split in two, seeking its fact check. The message read, “The moon is split in two. Is this real?” As the Islamic holy month of Ramadan is around, such claims have become regular during this period.

Similar claim has appeared on Twitter with claims and tales about the legend in Islamic faith. 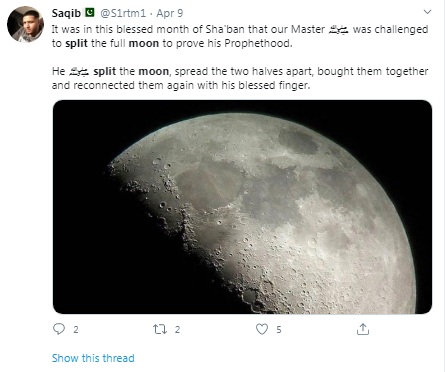 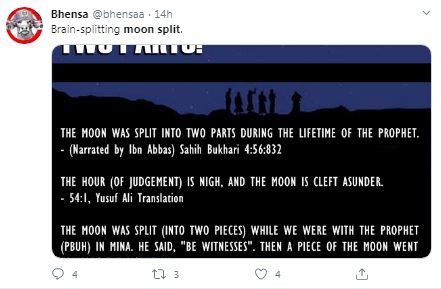 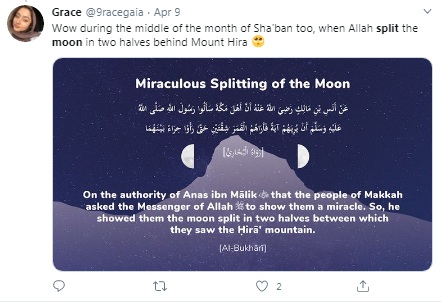 A search on Google has revealed that it was not a new claim but three years old. The image was from a picture taken during the Apollo Mission undertaken by NASA in the early 1970s.

In fact, many Muslims believe that while Muhammad was in Mecca, he was challenged to show a miracle and then Prophet Muhammad split the moon to show the miracle for local residents. It gained currency in 2007 using the images of NASA from its Apollo mission to the moon, one Dr. Zaghloul El Najjar used the photos to claim that NASA had proven that the Moon had split.

Soon the news had gone viral with Jafariya News making it popular, while several Islamic websites made it go viral. The close-up pictures of the moon clearly show the split part but it doesn’t show for the entire moon, anyway.

The scientific explanation from the US space agency NASA is clearly different. It says the “spilt” visible in the picture is in fact a lunar rille and the moon has three such rilles. Rilles are long and deep gorges similar to canyons found on the earth. A rille is stretches for several kilometers wide and hundreds of kilometers in length. These formations are found on a number of planets in the solar system, including Mars, Venus, and Jupiter’s moons. Their formation is attributed to erosion at some point in the stellar body’s evolution due to collapsed lava tubes, and tectonic stresses or quakes. 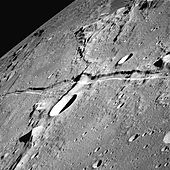 NASA scientists have refuted the claim that the Moon is split into two. In 2010, NASA scientist Brad Bailey categorically said: “My recommendation is to not believe everything you read on the internet. Peer-reviewed papers are the only scientifically valid sources of information out there. No current scientific evidence reports that the Moon was split into two parts and then reassembled at any point in the past.” 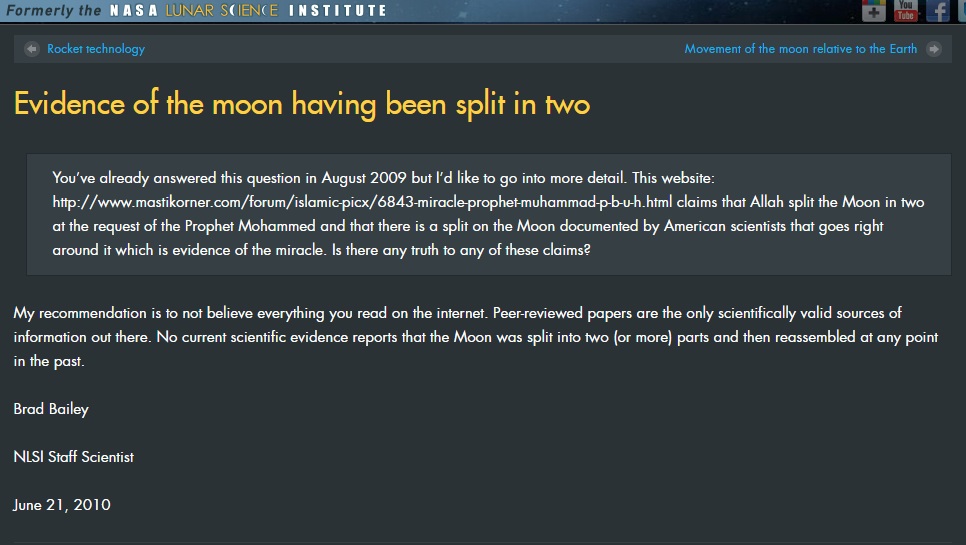 The image used in the picture above that is making the rounds on WhatsApp is an Apollo mission photograph of a rille named Rima Ariadaeus. It is found on the Moon at 6.4°N 14.0°E, and is named after the crater Ariadaeus, which marks its eastern end. It is a linear rille which is only about 300km long but barely covers 3% of the Moon’s circumference.

Conclusion: The claim that the Moon was split into two in the past in a section of Islamic faith is not true. As scientific explanation goes, such rilles are evident in other planets of our solar system and it is construed as an evolutionary feature of the moon. Our rating of the claim is Misrepresentation ???.