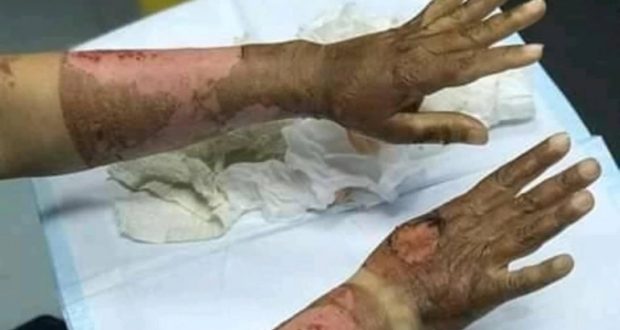 A new viral message surfaced on social media suggesting people not to go near fire or stove after applying hand sanitizers, which contains alcohol. The message in Hindi reads:”This lady applied sanitizer and went to the kitchen to cook. The moment she turned on the stove, her hands caught fire as alcohol is present in the sanitizer.” 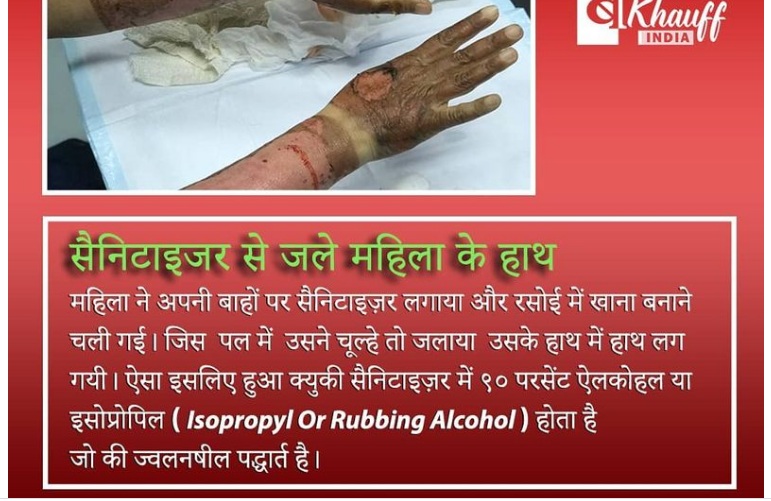 The image that has been shared with the messaage shows a woman’s badly burnt hands and the caption instructs:”Please do not go near stove/fire after applying alcohol-based hand sanitizers.”

Coming to the picture that is going viral, it was a fake picture. In our Google Reverse image search, it threw up the following photograph of a burn victim whose forearms were harvested for skin grafts. The visible sharp edges on her forearm will not happen in case of an actual burn. While performing skin grafting, doctors remove the skin from one part of the body and transplant it in another. 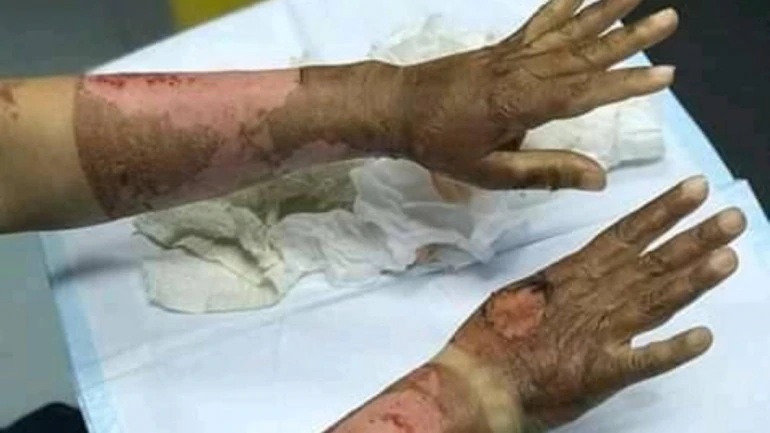 Hence, it is clear that the viral image is not of a woman whose hands caught fire while putting on fire soon after applying hand sanitiser.

About sanitizers, the alcohol content allowed is just one millilitre of the liquid and it gets evaporated within 10 seconds of application on hands. Any genuine hand sanitizer applied on your hands will not cause any fire as it evaporates within seconds.

However, some home-made sanitisers have come under scanner for such incidents of causing fire. In one case a boy in New Jersey did suffer burns after using a spray sanitiser that had been made by the owner of a local 7-Eleven store, who had mixed water with foaming sanitiser that’s commercially available but not intended for resale. It’s reported that 14 such bottles of the spray were sold at the store before police took him under arrest.