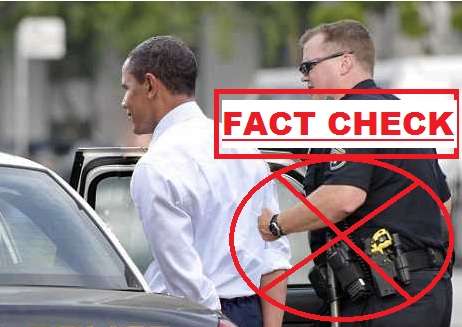 No, Barack Obama was not arrested for espionage; Fact Check

A fabricated report published by the Conservative Beaver, a Canadian news site with claims that former US President Barack Obama was arrested on charges of espionage for selling secrets to China has gone viral on Twitter. In its report published on Nov. 28, 2020, the website claimed in the headline: ‘Former President Barack Obama arrested for ESPIONAGE’, under its opinion section. See the screengrab here: 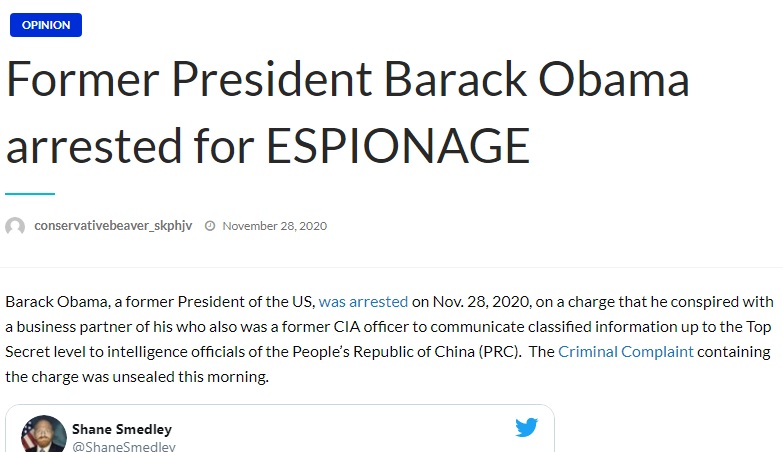 The in-depth article said Obama was arrested for conspiring with a business partner who was a former CIA officer to pass on classified info to intelligence officials from China. It said, “The Criminal Complaint containing the charge was unsealed this morning,” and included a video of a YouTuber claiming Obama’s arrest was making headlines in Chinese social media, while in the US, it was blocked.

The article also claimed that the video was blacked out in the US media. “The judge has imposed a “media blackout”, but Canadian outlets like Conservative Beaver are not subject to those rules. Other Canadian and Spanish-language outlets have already reported on this development,” it said in the report giving a convincing reason to support its hoax news. It even added the following Twitter message fabricating a top news purportedly by NYT: 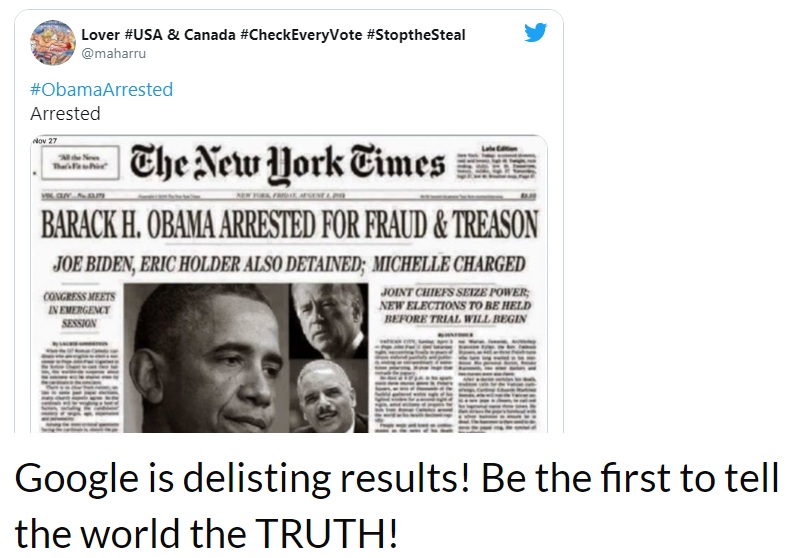 Soon, the news was picked up by many on Twitter, and shared here, here and here to show that it was going viral as shown below:

The Marshal of the Supreme Court strikes again 😱 pic.twitter.com/K0MdQoNM2f

A simple Google search of the news on espionage and the US attorneys as quoted by the website showed that a Department of Justice press release about the detainment of Alexander Yuk Ching Ma, a former Central Intelligence Agency (CIA) officer who was arrested on Aug. 14, 2020 was the context of the arrest news but there was no mention of Barack Obama. 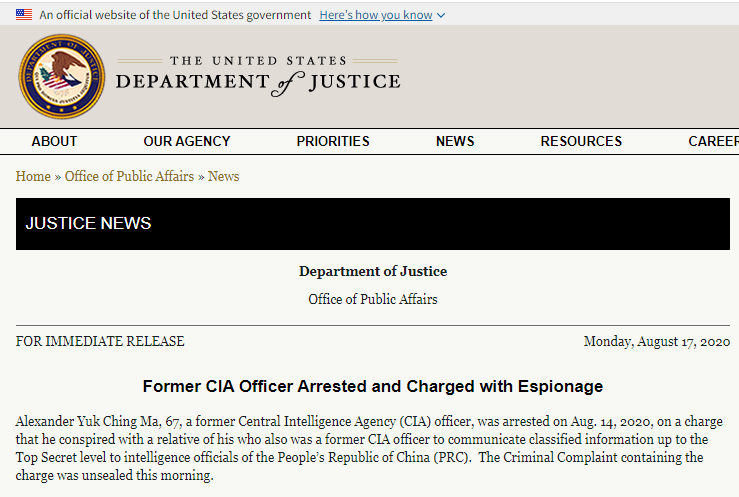 The well-articulated report also included statements by U.S. Attorney Price, Alan E. Kohler Jr., Assistant Director of the FBI’s Counterintelligence Division, Assistant Attorney General for National Security John C. Demers, Eli Miranda, Special Agent in Charge of the FBI’s Honolulu Division but all these statements were made here , here and  here related to the arrest of a former CIA official, not President Obama. Moreover, any such arrest of this magnitude would have made headlines and widely reported in all over the world news domain.

Conclusion: The claim that Obama was arrested for espionage was Totally False — 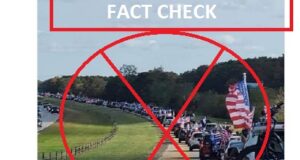