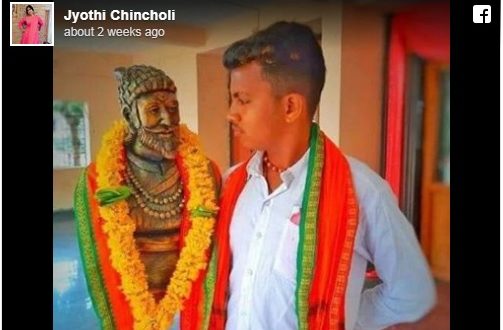 Belgavi youth committed suicide or was he killed by cow smugglers? Fact Check

A 19-year-old Belagavi (Belgaum) youth was found hanging at  the APMC Yard in Hire Bagewadi village in Belagavi on Sunday, May 26, just five days after he shared a video of News18 Kannada that said some truck being followed in the midnight had allegedly been smuggling cows.

An active “Gaurakshak”, the youth shared photos of cows and a slogan that said, “Jai Gaumata” on his Facebook bio.

When his death from hanging was found, several social media messages alleged that his death was a murder and accused the mafia of cow smugglers in the area. Here are some Facebook messages and tweets which have gone viral on social media platforms:

He was in the forefront to protect Cows from being smuggled and slaughtered.

I demand @CMofKarnataka to order an inquiry into this suspicious death and take suitable action immediately.

However, Belgaum city police commissioner said the post mortem report has ruled out any foul play and confirmed it as a case of suicide. He said the police have arrested two persons for spreading the fake news on social media. Suresh Angadi, Belagavi MP and BJP leader too clarified in his tweet saying:

Spoke to #Commissioner of police belagavi regarding the alleged murder of #ShivuUppar.
The postmortem report confirms that it is not murder but it was #suicide.
I request all the citizens not to forward the false news and trust our Police in knowing the reason behind suicide. pic.twitter.com/kOv2b6ug1b

Conclusion: Since the police version clearly rules out the claim that the deceased was hacked to death and the post-mortem report certifying that he committed suicide, the claim is MostlyFalse ????.

Fact Check: Patanjali’s Covid medicine Coronil was not approved by WHO, here’s the truth 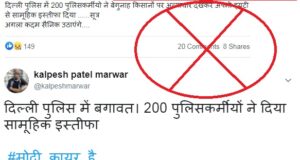 Fact Check: No, 200 Delhi policemen did not resign as claimed

Fact Check: Old image of man clashing with police in UP claimed as farmers’ agitation 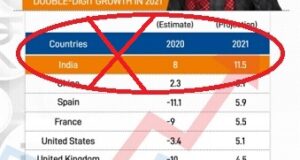 Fact Check: BJP posts India’s growth at 8%, misses minus before 8 put out by IMF