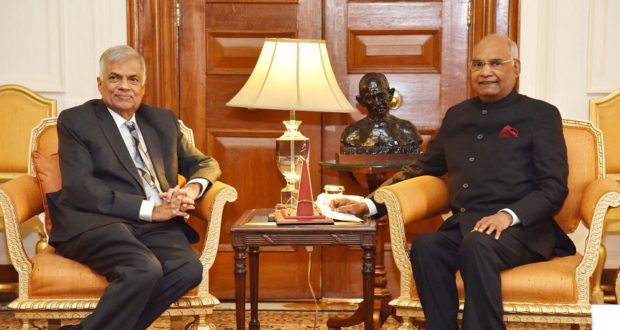 Look at this image of The Hindu newspaper where an item with the headline, “Vote UNP for Tamil Eelam, Ranil agreed autonomy: PM Wijayakala” and the issue was dated July 11, 2012.

It claims the news item as one about Ranil Wickramsinghe promising Tamil Eealm autonomy, a highly controversial issue and the current PM who is Prime Minister since 2015 was recently sacked but he refused to budge, thus creating a constitutional crisis. Adding fuel to the row, the claim on Tamil autonomy has been making rounds on social media including Facebook, WhatsApp and Twitter, bringing him under cloud for his shocking promise purportedly made in 2012.

#Srilanka: This page, being shared by some on social media, has nothing to do with @the_hindu. Someone decided to Photoshop a fake news item with an image of our masthead. They got our font wrong, and have done a bad job of photoshop-ing as well. #lka pic.twitter.com/Pwsco7BfT5

A Google reverse image search has helped to located the date and original newspaper never carried the item. Secondly, the font used for this news item is different from the original Hindu newspaper’s font. Essentially, the item was superimposed on e-newspaper of The Hindu Chennai edition which goes along with the day’s other news. Here’s the actual newspaper on July 11, 2012 and the real news was entirely different as seen below: 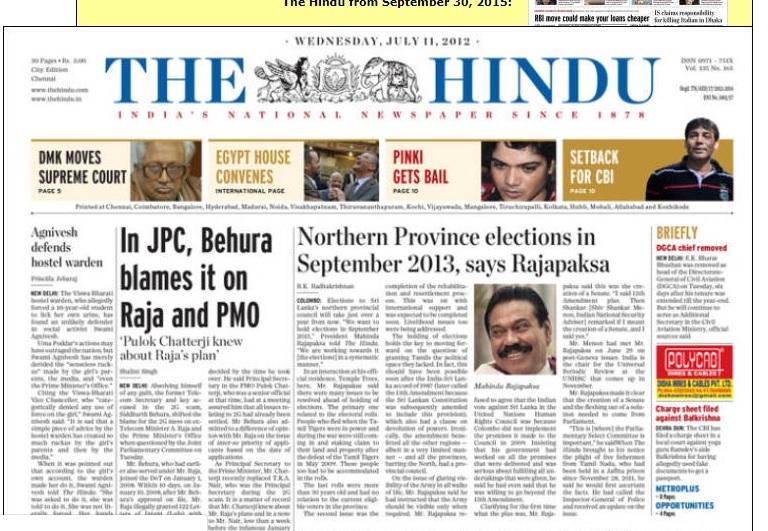 This is the real newspaper with no piece on autonomy. (Hindu)

The fake news clip on a newspaper is aimed at spreading a wrong belief among the Tamil people of Sri Lanka that he had promised autonomy in 2012.  By this new fake newspaper image, detractors of Ranil tried to make a wrong impression about him.

Conclusion: Ranil Wickramsinghe never made a promise on autonomy as claimed in this super-imposed news item in The Hindu newspaper of July 11, 2012. Our rating of this news is ????? (Totally False).