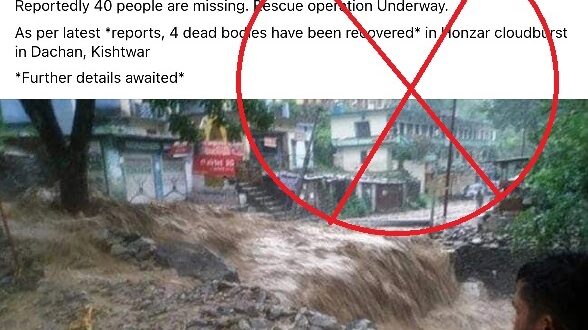 When the news of a cloudburst that occurred in the district of Kishtwar, Jammu and Kashmir on Wednesday, 28 July, it started hitting the headlines, and several images of the flood waters gushing in the streets appeared on social media. It claimed the day’s breaking news with the following text and image. 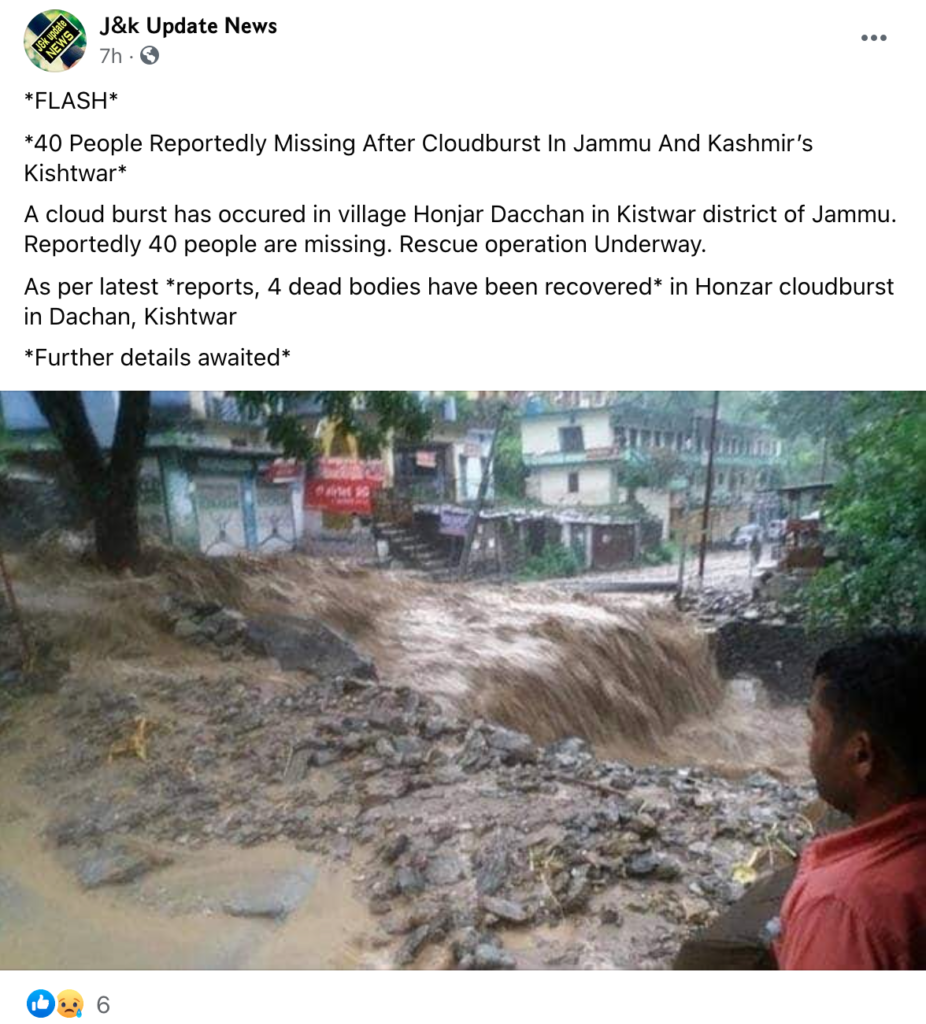 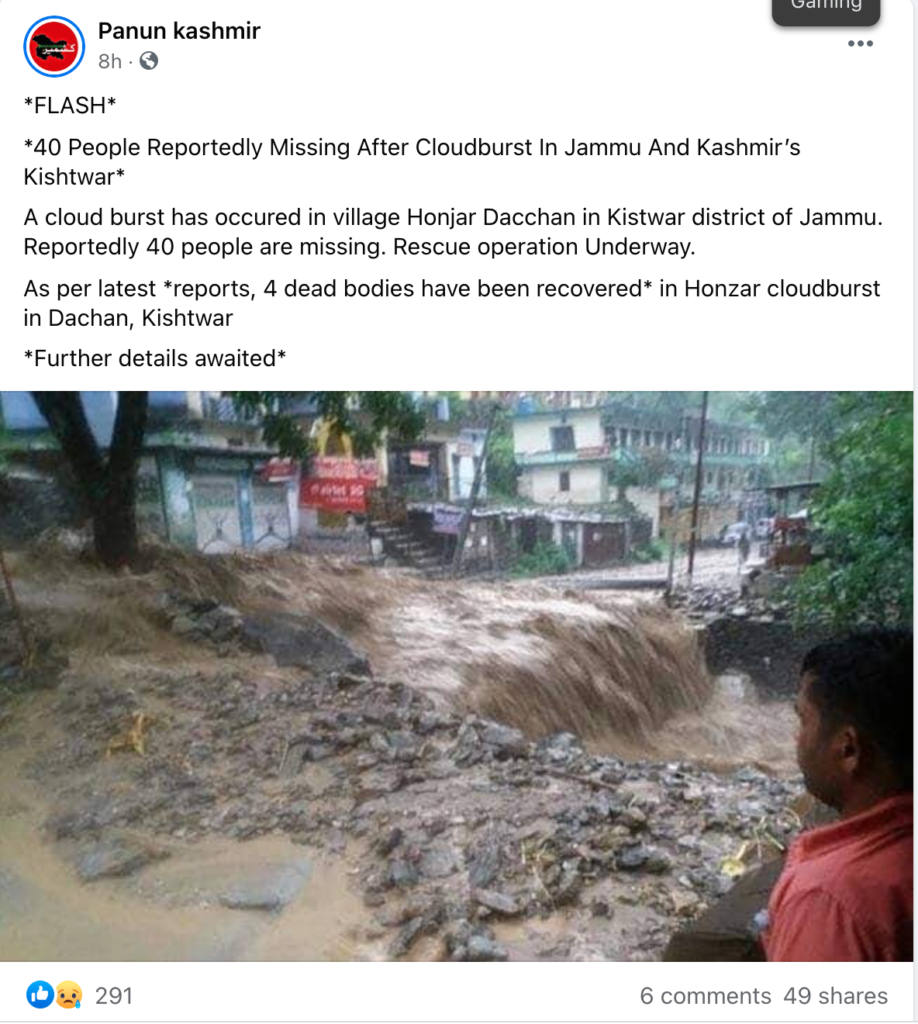 One such image shared widely claimed that it belonged to the impact of cloudburst in Kishtwar district showing floodwater gushing in. Several social media users have shared the image as shown above.

Digiteye India took it up for fact check, and we did a Google reverse image search of the image to find out that it was an old photo that belonged to a couldburst over Uttarakhand in 2016.

In July 2016, there was of a cloudburst that had hit Chamoli district in Uttarakhand. The same image was carried out by several news outlets here and here. More than 30 people were killed in Pithoragarh and Chamoli districts of Uttarakhand following the floods caused by the cloudburst.

River Alaknanda rises above the danger level mark after a cloudburst in Chamoli district, Uttarakhand pic.twitter.com/dPNFXRRQhS

The news agency ANI had taken the image in 2016 and the caption read: “River Alaknanda rises above the danger level mark after a cloudburst in Chamoli district, Uttarakhand.” The same ANI photo is being shared on Twitter now claiming that it belonged to Kishtwar floods caused by a cloudburst over the valley.

Claim: Kishtwar cloudbust led to flooding in Jammu and Kashmir with an image.

Conclusion: An old photo from 2016 in Uttarakhand is being falsely shared as that of the cloudburst in Honzar village of Jammu and Kashmir.