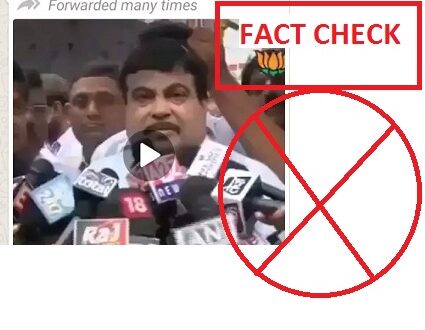 ‘Andolanjivi’ described by the prime minister to sarcastically describe a person who jumps from one protest to another, in his speech in Lok Sabha on February 10, 2021, talking about the ongoing farmers’ protests had taken a jibe at the protesters saying that it is important to differente between ‘Andolankari’ and ‘Andolanjivi’ saying the latter are the ones who hijacked the farmers’ movement for their vested interests.

In the viral clip, Gadkari can be heard saying that what the prime minister is saying is against democracy and protesting against the corrupt leader/government is a constitutional right. 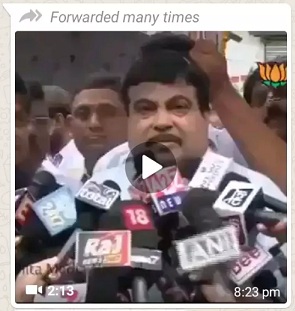 The Digiteye Team received the message for a check on its WhatsApp. The video clip is also being shared on social media here and here.

Frame-wise break and search on Google shows that the viral clip is not new but an old one that was circulated on August 15, 2011, when Nitin Gadkari, then BJP president, was criticising former Prime Minister Manmohan Singh after his Independence Day speech. 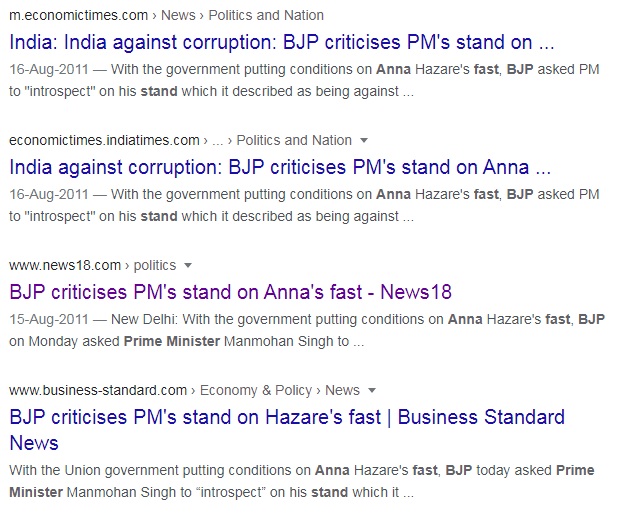 Further search on Youtube revealed that it was originally uploaded on YouTube on August 16, 2011, on BJP’s official channel with the caption, “BJP Byte: Anna Hazare & Prime Minister”, and it had the original clip showing Gadkari making the same statement: “Looks like there is a policy that if you hold a protest, we will not allow it. The way this government is working and the statement by the Prime Minister is completely against democracy.” Here’s the original video uploaded by BJP on Aug. 16, 2011.

Claim: Union Minister Nitin Gadkari in the presence of another minister Ravi Shankar Prasad openly criticized and condemned the word “Andholanjivi” used by the Prime Minister.

Our rating of the claim is Misinterpretation —